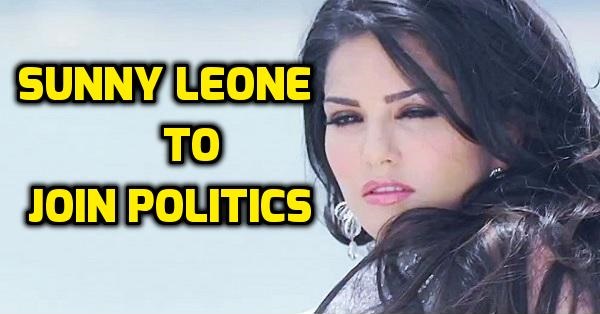 Some steamy news is coming from the National capital of India. Babban Shah investigated and found out that, the most coveted and sensational (who actually creates a lot of sensations) Bollywood actress, Mrs Sunny Leone has decided to join politics.

Babban Shah met Sunny at her residence for a personal interview. “Puri male fraternity meri fan hai. I will definitely vote out everyone. Since all men are crazy about me, I got this crazy idea to use this against Modi who doesn’t even have fans, let alone female fans haha”, giggled Sunny.

When asked about her strategy, Sunny replied, “I know I can beat Modi. I want to Join Aam Aadmi Party. They are in power right now. Jo power me hota hai, woi shower me hota hai, shower of blessings and responsibilities”.

Later Rahul Gandhi was spotted in a press conference with Sunny Leone where he approached her to join his party and make a singleton party of just the two of them. “Maine apne dum pe parti khadi ki hai. Kya tum khada kar sakte ho..apne dum pe party ko?” asked Sunny, which gave Rahul a mini stroke and now he’s in Indonesia getting treated for the insult of his kamzori of not being able to stand up a party.

Now that’s some news. Let’s see what happens. Who comes in power and who is thrown out.

10 Things You Can Relate To If You Have Friend From North East
Breaking Stereotype, The Model Speaks Up About Being Type Casted