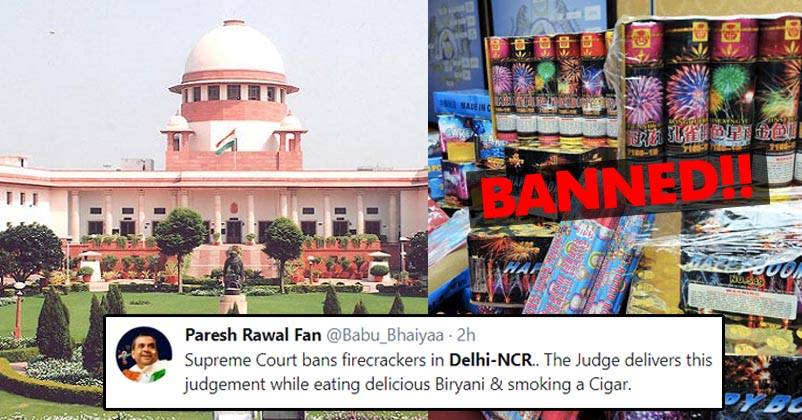 National Capital, Delhi has been the most affected state if we talk about pollution in India. We all saw the pictures of smog-filled Delhi air after Diwali celebrations last year. 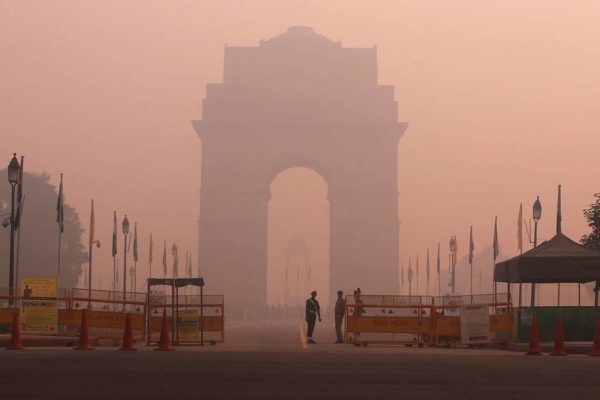 This year, Supreme Court has decided to not let the crackers be a reason behind the increasing pollution of Delhi. An order has been passed by the apex court which bans the use and sale of Diwali crackers till Oct 31 in Delhi and NCR.

As per TOI report, a bench headed by Justice AK Sikri said the apex court’s September 12 order temporarily lifting the stay and permitting sale of firecrackers would be effective from November 1.

Making their point clear, the SC said that it has not changed the September 12 order but its November 11, 2016 order which bans the sale of firecrackers “should be given a chance”.

In November last year, the court had stopped the sale of fireworks in the Delhi and nearby areas. This was done, following a petition which alarmed about the rising pollution levels in Delhi after Diwali.

In September this year, the court temporarily suspended the ban and allowed the sale of crackers. It was stated that a complete ban would be an “extreme step”, and a “graded approach” was needed to tackle pollution.

Now, during the hearing on the plea seeking restoration of last year’s order, the Central Pollution Control Board (CPCB) had told the bench that they “support” the application.

Advocate Gopal Shankarnarayanan, on behalf of Arjun Gopal, had appealed before the court that ban on the use of firecrackers should be restored as the NCR had witnessed a huge rise in air pollution during and after Diwali last year.

As the news went viral, Twitterati had mixed reactions to it. Here’s how they reacted-

Why ban crackers only until Nov 1 and only in Delhi-NCR ? Will crackers start emitting oxygen after Nov 1 ? #Hypocrites

Delhi-NCR SC ruling is a good 1 but the 🥜 sized brains bringing in religion card here is stupid. The smog has been very harmful in past.

This is GREAT! Supreme Court bans sale of firecrackers in Delhi-NCR

Wish they can ban firecrackers in #Pune as well.

So their lordship have banned #FireCrackers in Delhi-NCR alright!Now what about those who lose their livelihood coz of this draconian order?

SC is not anti-Hindu by banning crackers in Delhi-NCR it is betterment for everyone of us. While slaughtering helps our economy to grow.

What do you think? Is it a right decision by Supreme Court?

This Woman Is On Dharna At Jantar Mantar For 1 Month Coz She Wants To Marry PM Modi
UGC Panel Recommends Removing Muslim From AMU & Hindu From BHU. Twitter Flooded With Reactions