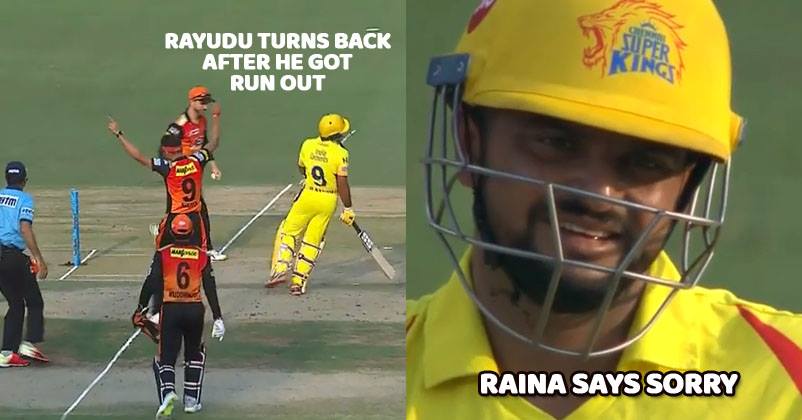 IPL 11 is going on in a very interesting way and the fans are totally enjoying its each and every update. It was the match between CSK and SRH yesterday which turned out to be really interesting. 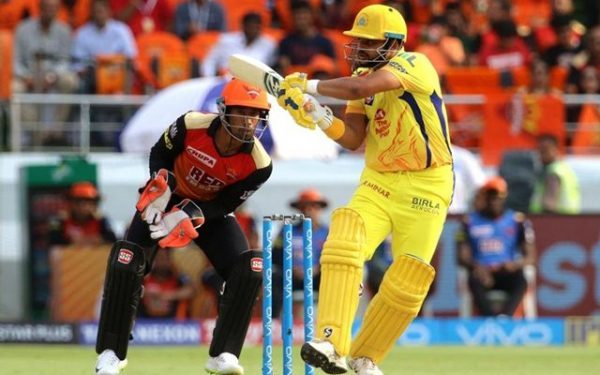 After winning the toss SRH decided to bowl first and got a target of 183 from CSK. The team was restricted to 178 and the lost the match by 4 runs. However, it was an intense battle where a mistake by CSK could’ve cost them big time.

The partnership of Suresh Raina and Ambati’s Rayudu was a highlight of the match and so was the run out of Rayudu which happened due to Raina.

Raina’s bad decision of taking an extra run cost Rayudu with a wicket and he had to return back to the pavilion. But the amazing sportsmanship shown by Rayudu won several hearts. 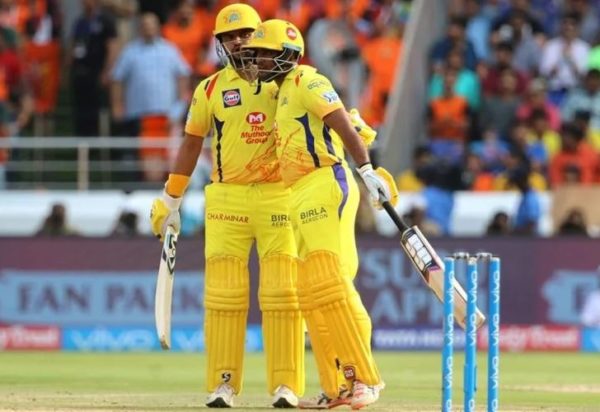 It so happened that Raina realized his mistake which made Rayudu lose his wicket. He was quick to apologize him for the mistake but Rayudu took the cake with his great gesture. Rayudu smiled at Raina, gave a pat on his back and returned back to pavilion. Watch the video-

A really angry and frustrated Ambati Rayudu goes and hugs Raina after that abysmal run out, something that’s never seen in other colors (behavior change)

This is What #Csk does to you

That's why we say 💛
We are family not only a team..#whistlePodu #SRHvCSK #Raina "Ambati Rayudu" pic.twitter.com/MorSjbpjBg

Probably this one would be the pick of the day. Perfect sportsmanship by #ambatirayudu and a great innings indeed. Not loosing his temper even after loosing his wicket. A perfect gentleman. Future of indian cricket team is in the safer hands.#WhistlePodu #SRHvCSK @ChennaiIPL pic.twitter.com/zdQnf5Z8Cw

Hotel Staff Once Stopped Rayudu At The Hotel Gate. Dhoni Got Really Angry. See What He Did
Sapna Choudhary Shares Chris Gayle’s Dance On Aakhiyan Ka Yo Kajal. Is It Real?