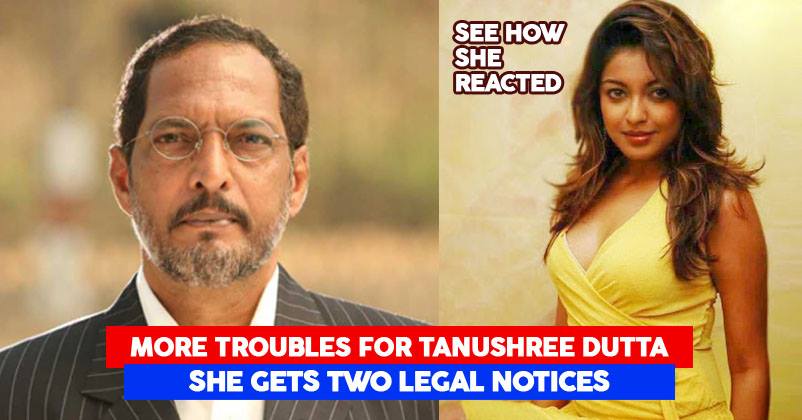 Bollywood actress Tanushree Dutta has been making headlines for all the controversial reasons for some time now.

She raised eyebrows when she accused Nana Patekar of harassing her during the shooting of “Horn OK Pleassss”. She didn’t stop here and went on to say that many Bollywood personalities know that Nana Patekar has a history of molesting women but none of them says a word ever and even media doesn’t report about him while focusing only on his charity acts. 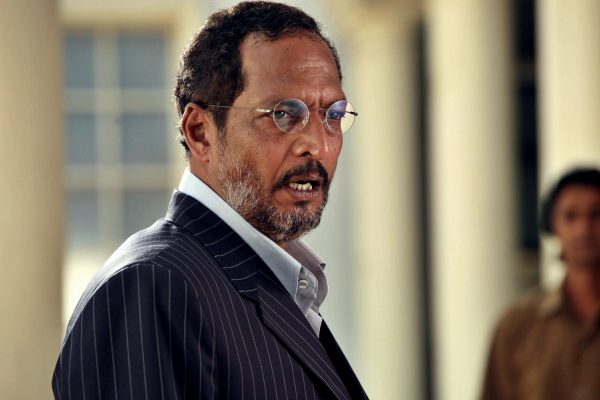 She also said that “Chocolate: Deep Dark Secrets” director Vivek Agnihotri asked her to remove clothes and dance to give cues to Irrfan Khan. However, Irrfan and Suniel Shetty came to her rescue and the former said that he knows his job and doesn’t need any such cheap act to get a scene done right.

Well, both Nana and Vivek have denied her claims and now the actress has been slapped with two legal notices – one from Nana Patekar and the other from the director Vivek Agnihotri. 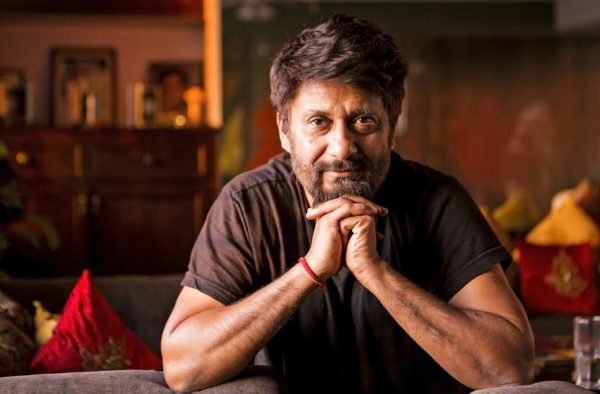 In a statement, Tanushree said that she has to pay this price because she spoke against humiliation, injustice and harassment. As per her, the teams of both Nana and Vivek have initiated a campaign against her by means of misinformation and absolute lies.

She also added that Maharashtra Navnirman Sena (MNS) has been threatening her of violence when her latest interview went viral like a wood fire.

Tanushree said that their supporters are coming in the press conferences and shouting at her, accusing her and pressing allegations at her. The actress also revealed that one day when she was at home and cops posted outside her home went to have lunch, two people made an attempt to enter the house forcefully; however, security personnel stopped them at the right time. Apart from violent threats from MNS, she is also getting the warning of being dragging into the court, as disclosed by Tanushree.

What is your opinion in this regard? Let us know your views.

Media Reported Rishi Kapoor Has Stage 3 Cancer. This Is How Brother Randhir Reacted
Salman Khan & Shilpa Shetty Were In A Relationship? Know The Truth From Shilpa