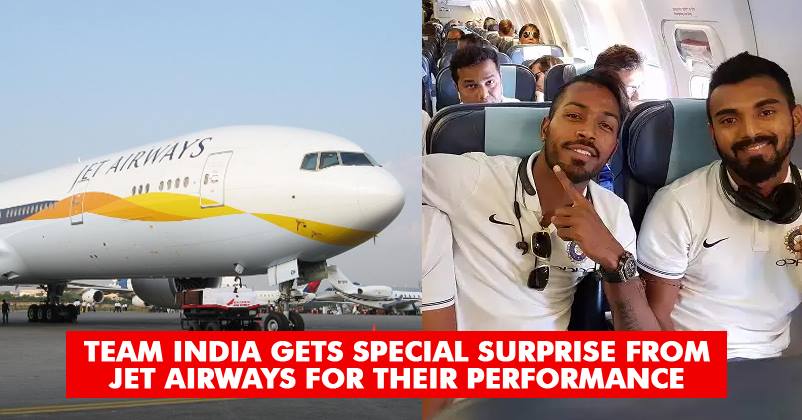 The Indian cricket team is unstoppable at this moment as they have already won the ODI series against Australia by 0-3. The series is not over yet but Indian fans are quite sure that India will make clean sweep in the 5 match series.

Just before playing against Australia, team India went on the Sri Lankan tour and made a clean sweep in the all the formats of the game by winning test matches by 0-3 and ODIs by 0-5. Not only this, they also won the only T20i played between India and Sri Lanka. 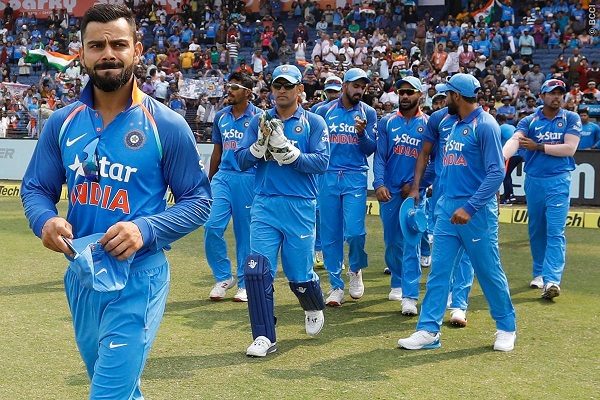 Team India also performed very well on their West Indies tour and all these results clearly show that this team is a bunch of aggressive go-getters who are full of talent and dedication. At present, the Indian team is on number one position in test matches as well as ODIs and this is happening for the first time in the entire history of Indian cricket. 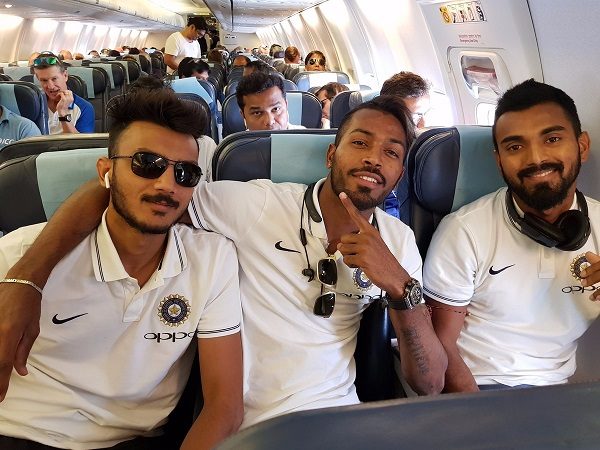 On the way to Bengaluru, where the fourth ODI will be played, the three young sensations of team India, K L Rahul, Axar Patel and Hardik Pandya had a little chat in which they talked about various issues. Later on, they were surprised by the crew of Jet Airways when they came with a pastry for them as a gesture of love.

The crew asked Hardik to cut the pastry and do the honours and this was when K L Rahul called him a superstar. The video has been uploaded on the website of BCCI (bcci.tv) but they have given update on Twitter as well.

Click here to watch the video to see these three youngsters enjoying the moment!