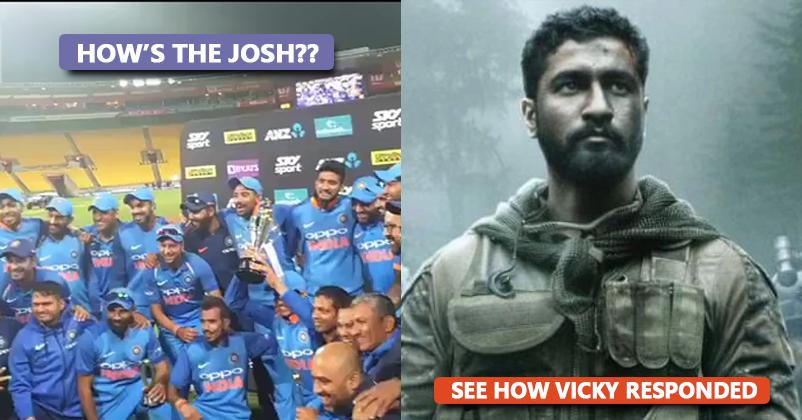 Team India has been making history in the ODIs. After their mega win against Australia, Virat Kohli and his men have smashed the New Zealanders as well. 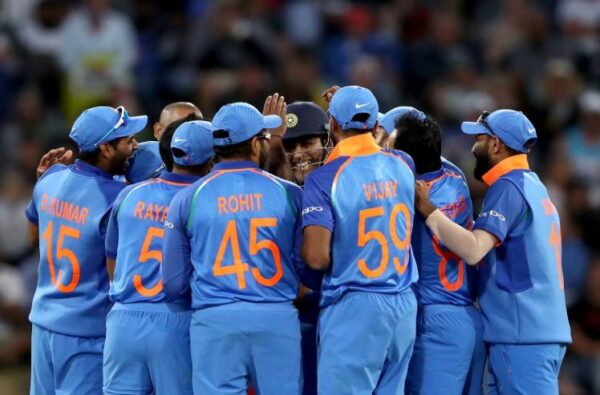 In a grand 4 – 1 win, India ended this ODI series with a bang. From Dhoni to Pandya, everyone played their part perfectly and led the team to victory.

After the series ended, the josh was high for the men in blue. The team shouted at the end, ‘How’s the josh?’ and of course, the boys screamed back.

Looks like the "JOSH" in the squad is "HIGH SIR" 🗣️ 📢
'HOWS THE JOSH' – @vickykaushal09 😉😉#TeamIndia pic.twitter.com/bzsB5EelBd

The dialogue has become quite iconic, after Vicky Kaushal’s Uri. In the film, Vicky asked his men the same question and they responded with ‘High, sir!’ 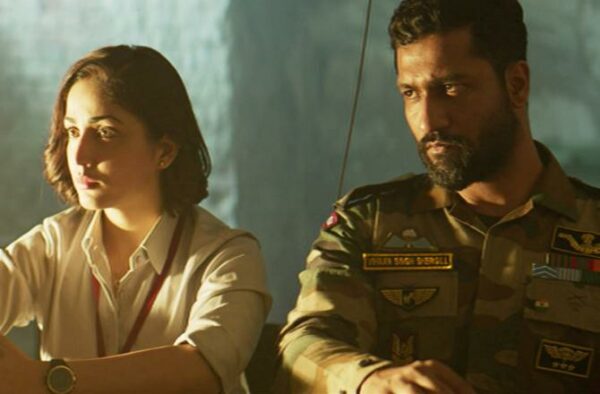 When Vicky found out that his dialogue had been used by Team India, he had a heartfelt response to it. He felt proud obviously and congratulated the team for the win.

Our Indian cricket team always gets the JOSH of the nation super high and makes us all proud! Congratulations on the amazing win! INDIAAA INDIA!!! 👏🏽👏🏽👏🏽 https://t.co/eAWsr1AiPM

This is such a proud moment for all of us! 🙂

Harbhajan Singh Gets Challenged To A Wrestling Match In Khali’s CWE, Fans Are Praising Him.
Shikhar Dhawan Celebrated India’s ODI Win With Some Desi Bhangra, You Can’t Miss The Video.