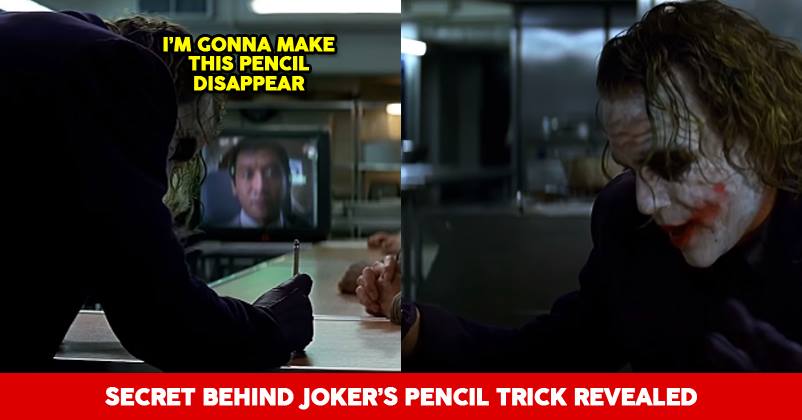 It’s been exactly a decade since the release of Christopher Nolan’s The Dark Knight.

The film starring Heath Ledger is remembered as one of the most iconic films in the history of world cinema. The film has built a huge niche for itself thanks to Heath Ledger’s extraordinary performance and Nolan’s stunning direction.

In the last 10 years, the film has been a great topic of discussion for its fans. Among many scenes which bowled out the audience, one is the pencil trick scene. 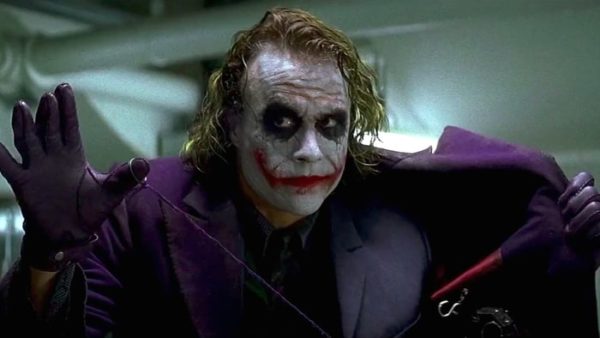 In the scene, Joker takes a pencil out of his pocket and keeps it standing on a table. He asks the men standing on the table if they want to see a magic. After asking the question he slams a man’s head towards the table, in a way that the pencil goes straight in his brain through the eyes. The scene has an impact of instantly sending a shiver down the spine. Watch the video below:

Many people have been scratching their heads to decode the scene ever since. The main question was where did the pencil go?

The actor named Charles Jarman who played the victim has finally opened up and has decoded the scene for everyone. He said that Nolan had explained him earlier that they will do couple of shots for the scene in which he has to be able to take that pencil away. In order to shoot the scene effectively without the use of CGI, they did half-speed rehearsals of getting the hand action of sweeping the pencil away rightly.

He said that the scene was very hard to execute and risky. The timing and placement of hand was very important and if it turned out in wrong way, the things could’ve been very dangerous. He even ended up getting knocked out thrice on the table.

Well, that’s quite scary. Isn’t it?

Continue Reading
You may also like...
Related Topics:Heath Ledger, joker, The Dark Knight

Sakshi Dhoni Gives A Fitting Reply To Haters, You Just Cannot Miss What She Said
Some Fans Tried To Touch Zareen Khan Inappropriately, She Taught Them A Lesson They’ll Never Forget