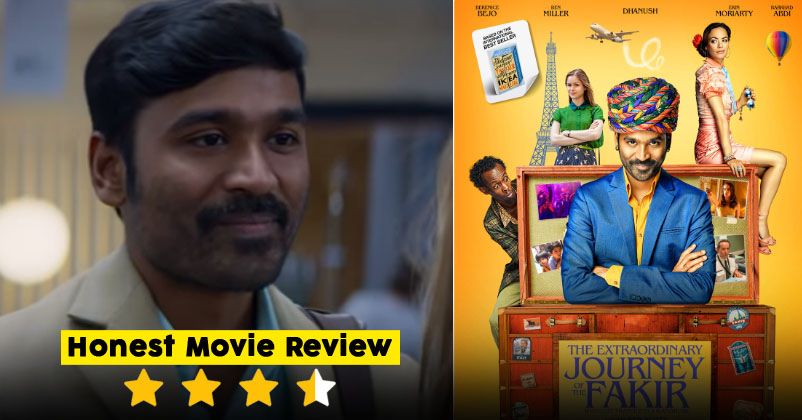 The book highlights the issues of immigrants and refugees, while the film has lost its essence. It has been converted into English language Bollywood film with songs and dance. The Extraordinary Journey of the Fakir also advertises a brand of furniture which is Aja’s favorite.

The film is a story about a slum kid Aja whose mother is a Mumbai’s washerwoman and his French father has abandoned both of them. He makes money by disguising as fakir while fooling and scamming foreign tourists.

When he grows up he goes to Paris in search of his father. Within hours of reaching in an unknown country, he falls in love with Marie (Erin Moriarty). Now the real story begins and the title starts to make sense.

He promises Marie to meet at the Eiffel Tower the next day but failed by the hands of luck again, he is transported to the UK (by mistake). He finds Sudanese immigrants with him in the back of the truck, in which he is being transported.

Aja goes on an unplanned and exciting journey around Europe in the weird conveyances possible, like wardrobes, luxury luggage, trucks and what not.

But Aja is determined to find his way back to Paris and raise himself out of poverty. Will he be able to do it?

Director Ken Scott has done a wonderful job making a film based on a novel but not highlighting its issue of illegal immigrants and refugees.

Kabir Singh Review: Shahid Kapoor, Kiara Advani’s Film Is Not Your Stereotypical Love Story
10 Bollywood Sports Movies That Will Lift Your Spirits Up