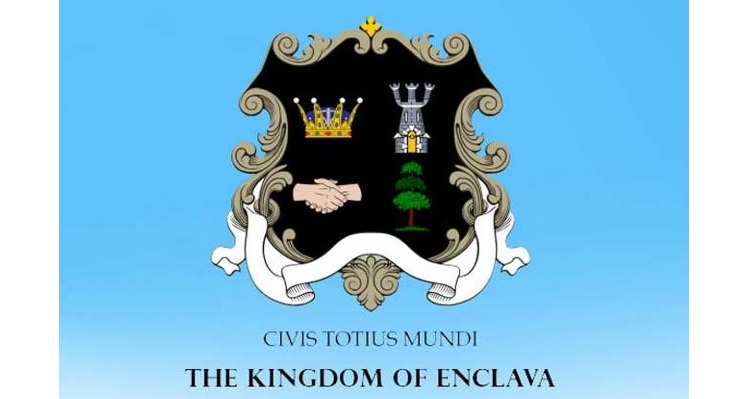 Recently, a new country was created by a politician of Czech Republic and now just after some weeks, again a new country has been created by Piotr Wawrzynkiewicz and his mates. The new country has been named as “Kingdom of Enclava” and it is on the border of Slovenia and Croatia. Piotr Wawrzynkiewicz with his friends visited Slovenia where he came to know from the people of that area that there is a piece of land which has not been claimed by any country, which is near Metlika, a Slovenian town, approximately 50 kilometers from Zagreb, capital of Croatia.

After the division of Yugoslavia in the year 1991, seven new countries were born in that area and due to many disputes related to border, some territories were left as No Man’s Land.

The Kingdom of Enclava is created on a tiny piece of land whose area is around 100 sqm (1070 square feet) and the motto of new state is “Citizens of the World”. In the words of founding member Piotr, thought behind this site is “to create a place, where everyone, regardless of skin colour, religion or nationality, will be able to express their opinions, study for free, and earn money without worrying about taxes”.

He added, “We accepted candidatures from all over the world. Anyone could stand for election as long as they are or were not a member of an extremist group, convicted of a criminal offence or currently being prosecuted.”

The Enclava has given recognition to five official languages which also includes Chinese, and cryptocurrency Dogecoin has been adopted as the currency of the Kingdom. The process of drafting constitution is going on with the process of making electronic identity papers. The news of the new country has gone viral online and nearly 5000 people have applied for the citizenship of this micronation. As of now, the Kingdom exists only online on www.enclava.org.

As mentioned by Piotr,

“At the moment, no governmental entity has recognized (our) claim.”

B.A Pass Actress Shikha Joshi Depressed Over Not Getting Work Commits Suicide
Virat Kohli Gets Warning From BCCI For Meeting Anushka Sharma During The Match Against Delhi