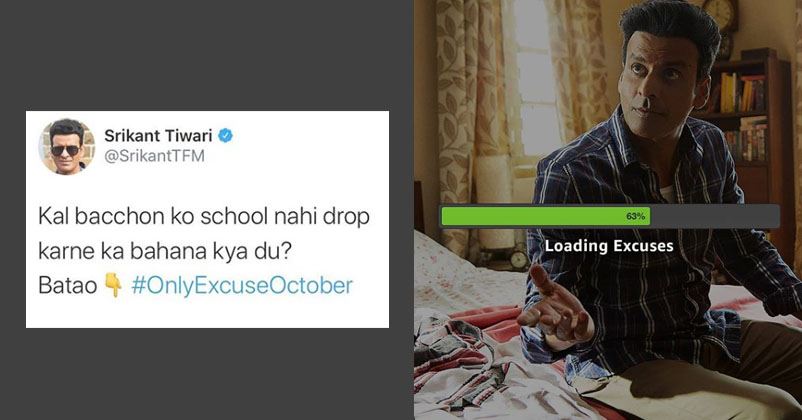 If you haven’t been living under the rock, you must be aware of the intense hype surrounding ‘The Family Man’, an Indian fictional spy action drama series recently released on Amazon Prime Video India. And justifying the heaps of praises, every second of the Raj Nidimoru and Krishna D.K. directorial is sensational enough to keep you on the edge of your seat and drive away the disappointment caused by a weakly scripted Sacred Games 2.

The first season comes with ten gripping episodes which revolve around the life of Manoj Bajpayee, who dons the character of Srikant Tiwari, a middle class family man working secretly as a spy. However, the genius of the script lies in its portrayal of both the personal and professional lives of the lead, making it an absolute must watch.

Now, if we dive deeper into Srikant’s character, he actually represents every middle-class human being struggling to strike harmony between their chores at home and work. And like any of us would do, he uses his instantly brewed excuses as his saviors, on failing to live up to his responsibilities.

Therefore, in a bid to extend the quirkiness and relatability about the character, Amazon Prime Video India decided to amplify this particular aspect of having amazing excuses in hand for any situation that he faces. While the content was conceptualized with the main idea of increasing character familiarity, encouraging fan participation and engagement was another aspect which was focused on.

Each category had about 5-10 pre shot video excuses and 5-10 text excuses along with contextual Gifs shot with Manoj Bajpayee so that one could spend enough time finding as many excuses as possible. The bot personality was derived from Srikant’s personality and it was made sure that his wit and humor was kept intact. The Indian middle-class audience was kept in mind while shooting the excuses to make it relevant to the core.

That’s not all. As a part of the build up to the launch, the team came up with a teaser campaign called #OnlyExcuseOctober. The superbly strategized drive had Srikant Tiwari’s official Twitter handle tweet out various situations asking for fans for the most innovative excuses. It got a massive boost as talent and influencers joined the fun activity.

As far as Instagram was concerned, Excuses templates were put up as stories which people had to fill and share using #TheFamilyMan excuses. To inspire more and more participation,people who did the task and used the hashtag got replies from the team with pre-shot gifs of Srikant reacting to these excuses.

Finally, to assist the launch of the excuse generator bot, a sketch video ad with Manoj Bajpayee was shot around the theme “Ek family man ki life mein problems ki nahi, excuses ki kami hai.” To ensure maximum reach, top Twitter and Instagram influencers were asked to share the screenshot of the bot along with line on how it saved the day. They also put up a CTA button for people to click and land directly on the bot.

Needless to say, highly innovative ads were rolled out on social platforms to bring in hefty traffic. The campaign was an outright masterstroke which brilliantly brainstormed and nailed to perfection. It brought the audience closer to Srikant Tiwari, who happens to be nothing but an on-screen representation of themselves.

Thus, it would be safe to conclude that #OnlyExcuseOctoberhas worked miraculously in bringing the audience close to the series and has been one of the most successful marketing projects ever. So, what are you waiting for? Have some fun using the FB messenger bot and share a screenshot highlighting your overall experience! Let’s see what you have got.

“JOKER” Movie Quotes That Make You Think Hard About Life
Players Who Can Solve India’s Problem Of No.4 Batsman