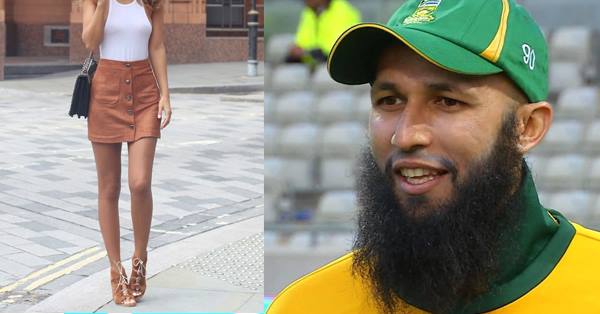 And, when we thought that people belonging to the higher side have high thinking as well… Hashim Amla just broke that wish of ours.

Yes, you read it right, former South African skipper Hashim Amla allegedly refused to give interview to a woman reporter in India, for the reason that she was not dressed properly. And, as a matter of the fact, the reporter had to comply with his request.

As per the reports, the journalist was wearing a short dress, to which Hamla raised eyebrow and requested if the dress can be changed. Indeed, time and again they Hamla has proved that he stands by his belief.
Previously also, Hamla rejected the board to wear the shirt where the logo of a beer company was stitched. He agreed to pay the fine, rather than wearing the shirt.

Several editorials praised this action of his, citing him as a True follower of Islam. But soon after this report circulated… Hamla came out in open and gave a fitting reply. \

Well, Whatever be the case.. We are no one to decide.

But your decision matter, tell us in the comment box below.. If this behavior of a national level cricketer was justified or not?

15 Best Memes On #IPLAuction Are Here!!
SHOCKING. Virat-Anushka Broke Up. Believe It Or Not!