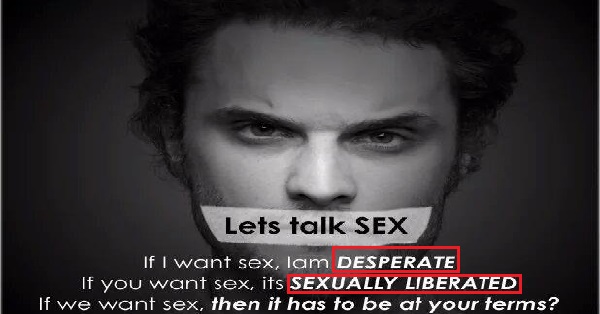 We do agree that girls face many problems such as rape, domestic violence etc. as well as do a lot for their families by playing various important roles like of a mother, wife, daughter, sister etc. But we can’t neglect the essential fact that although women face crimes like rape, men face a more torturing crime which goes always unseen and it’s called SEXISM!

Since only the cases of females being harassed come to light, people don’t actually get to know that males too face sexism in various ways. And just because they can’t share it with anyone for they would be considered a loser or it will be regarded a shameful spot on their manliness, it is perceived that they only know how to harass. However, only a very few people realize that they are equally or more harassed. By means of the following pictures, we raise a voice against this discrimination and urge to throw some gentle glance at them.

Take a look at the following 10 pictures and you’ll realize how men are harassed and discriminated: Shocked to see how men are discriminated and become a victim of sexism every day and every minute? What is your opinion about it? Share in the comments section below!

Top 10 Hindi Movies That Would Make You Yell “WTF!?”
These 11 Pictures Of People Born With Real Tails Are Shocking And Will Leave You In Awe