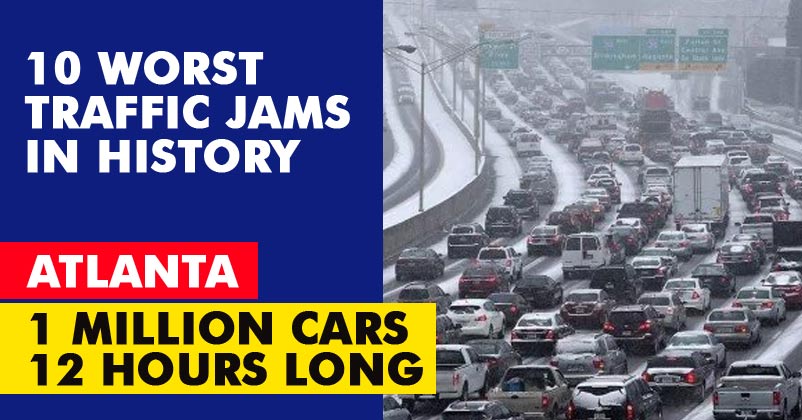 Traffic jams have been one of the most annoying things that can happen to you. But most of them only last for few minutes or maybe few hours. But what if they lasted for days? At some point of time, you might feel like killing yourself. Who would like their cars to move at an ant’s pace? If you think, these things can’t happen in real, then you are wrong. They have actually happened and we have those pics too.

These are 10 photos of the worst traffic jams in history; surprising thing is that they actually lasted for days. We really pity those people who must be stuck in there.

We are already annoyed seeing the pics; do you want to check them too? If yes, here you go… Share your worst traffic jam experience in the comments section below.

10 Unknown Facts About Osama Bin Laden That Will Shock You
10 Weirdest Facts You Didn’t Know About Domino’s Pizza!