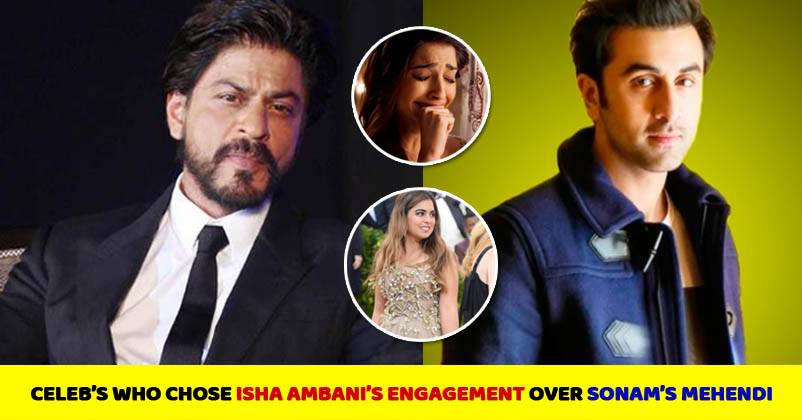 We all wait to attend events and parties. The bigger the parties the better it is and more enjoyment is ensured.

But it seriously becomes a problem when you have two big events to attend on the same day and that too in the same time period. 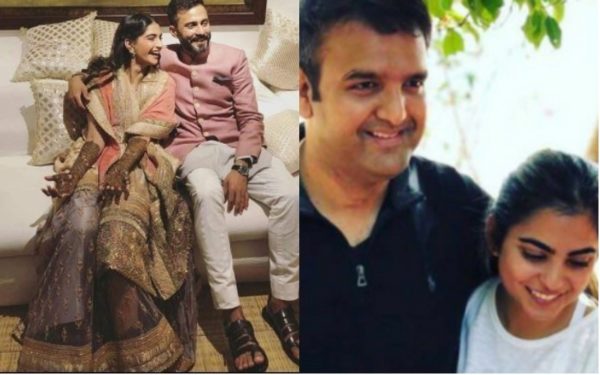 Bollywood stars recently faced the same problem as the engagement bash of Isha Ambani and Mehendi ceremony of Sonam Kapoor clashed yesterday. Both the events were big and held great importance.

On one side it was a bash to celebrate the engagement of India’s richest person’s daughter and on the other side, Mehendi ceremony of Anil Kapoor’s daughter Sonam who herself is an A-Lister Bollywood actress.

While there were many Bollywood stars who opted for Sonam’s Mehendi ceremony, there were some stars who decided to go for Ambani bash. Here we bring you a list of stars who picked Ambani bash instead of the Kapoors.

Our very own King Khan was spotted at Isha Ambani’s engagement bash while he skipped Sonam Kapoor’s Mehendi ceremony.