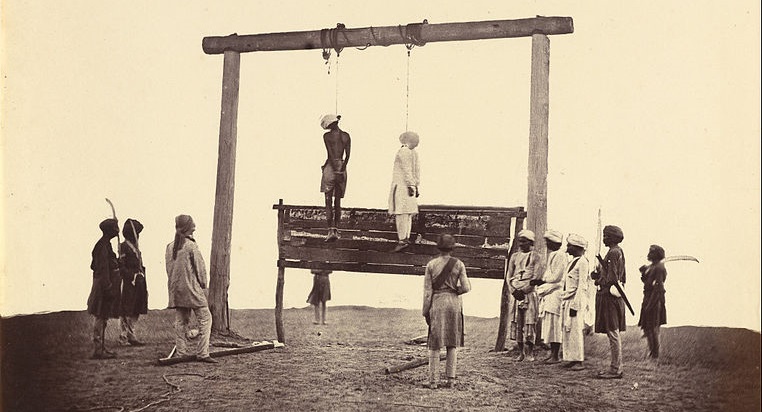 There would be only a few people who have seen actual pictures from the 18th century as photography was not so famous at that juncture. However, in this article, we present you some real photos that are originally from the year 1855 to 1858 and would shake you with the idea of British terror. This extraordinary and remarkable collection of photos clicked Felice Beato, an inhabitant of Corfu offer a peep into the age which is counted among the most chaotic and restless in the history of our country!

Let’s have a scrupulous look at these images: This image shows hanging of 2 sepoys of the 31st Native Infantry in the year 1857 at Lucknow. This photo was clicked in the year 1858 at Jantar Mantar near Delhi. Clicked in 1858, the image shows entrance to Delhi’s Jama Masjid. How did you find these images of the 18th Century? Something astonishing and unbelievable, isn’t it? Aren’t they frightening as well as unique because we just can’t imagine photography in that era due to its being less famous or in vogue at that time. Also there might rarely be a person having a camera. Whatever, all these images give a description of how difficult life had been then when people had to fight for their liberty. What is your opinion about these images? Share in your comments!

17 Gym Memes That You Can Definitely Relate To
Married Man Asks A Girl Something On Facebook And Gets It HARD Right On His Face!!