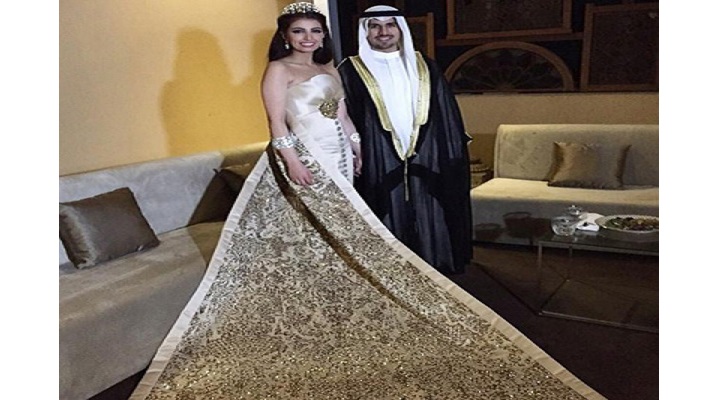 A general custom is that guests who attend a wedding give presents to bride and groom but in this royal wedding which was arranged in Kuwait, this tradition was altered completely and just its opposite happened, i.e., guests were gifted diamond rings from the side groom and bride! Amazing and surprising, isn’t it?

This legendary marriage’s photos have gone viral on social media, especially for the very expensive gift of diamond rings presented to upper class guests, according to Alqiyady site. Mesmerized? Did your eyes too sparkle with the luminosity of diamond rings like that of mine? I’m sure none of you had attended any such wedding so far but if get a chance, we all would be desperate to be present at the royal bash and extremely happy to get so expensive gifts!! What do you say? Share your views regarding the article in your comments!!