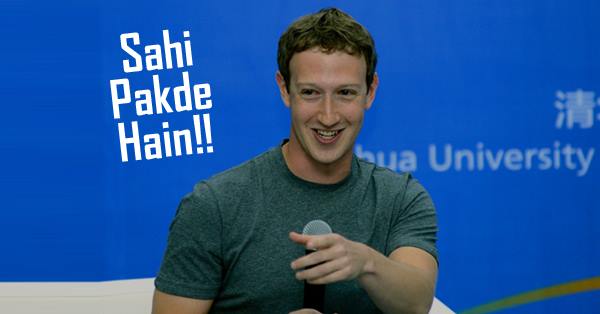 It is not a hidden fact that Facebook is very actively promoting internet.org in India and leaving no stone unturned to bring it here. Since Prime Minister Narendra Modi has visited the Facebook’s Headquarters, a lot has happened and one of them includes the launching of a cool feature of changing user’s profile photo into tricolor shade. This is said to be done in order to show support for the Digital India initiative of Modi. A large number of Indian Facebook users changed their display pictures as they saw their leaders changing their DP into tricolor.

However, there may be a greater catch in launching of this feature as few persons are stating that Facebook is tallying each profile picture change as a support for its “internet.org” in India.

The last time when there was a loud cry against Net Neutrality, it was not an easy task to make people understand what is net neutrality and making them sign against Airtel’s Zero and Facebook’s Internet.org.

Internet.org violates the basic principal of net neutrality because it will be providing access to some of the websites for free of cost. If some popular websites (that are already earning billions) will get free access then how a common man will be able to launch his/her own website? Internet will be restricted to only 30 or 40 popular websites as access to those websites will be free and it will kill all the future startup ideas.

This claim that Digital India & Internet.org is same concept came into limelight when an anonymous user posted the source code of the Facebook digital India page. You can see the screenshot here showing class name as “_internetOrgProfilePicture__prideAvatar”:-

However as a sensible Media house, we would like to tell our users that developers can use any class name while writing the code and this is not a proof to show that Facebook is actually promoting Internet.org on the name of Digital India. Developer might have copied the same source code that FB used to promote Internet.org and while copying they forgot to change the class name. But this small mistake of class name has raised a curiosity among Indians and they want an answer from Facebook that Internet.org and Digital India are two different things. Facebook should come and say that we are not promoting Internet.org on the name of Digital India.

But this time, if Facebook is using this strategy to garner support for its “internet.org”, then it is definitely not a good thing for the netizens as the Indian Prime Minister is leading from the front in promoting it.

The protests are increasing since Internet is flooded with articles on this topic which gave rise to doubts in Indian Facebook users’ minds. It would be better if Facebook comes clean on this matter as soon as possible by giving an explanation and telling the truth.

UPDATE:- Facebook Spokesperson Told Media That There is absolutely no connection between updating your profile picture for digital India and Internet.org. An engineer mistakenly used the words “Internet.org profile picture” as a shorthand name he chose for part of the code. But this product in no way connects to or registers support for Internet.org. We are changing the code today to eliminate any confusion.
So you guys can still show your support for Digital India by changing your DP without any worry