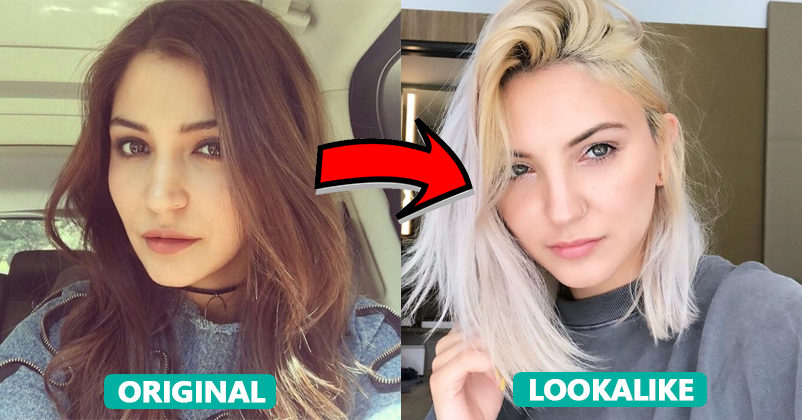 As we’ve said over and over again, if you really, really search for something on the internet, it will never ever disappoint you.

And okay, we tend to get really excited when we find lookalikes. I mean come on, the whole idea that there’s someone who resembles you is pretty darn exciting. I would surely like to meet mine!

Turns out, Anushka Sharma has a lookalike and she is named Julia Michaels. Julia is a well known American singer, and we must say, the resemblance is uncanny.

Tell me you see it too!

The two look so much similar, that in some pictures, you can’t even tell the difference. And Twitterati can’t stop freaking out. In fact, they’re saying Anushka and Julia look like ‘mele mein bichhde behene.’

In case you thought she looked familiar, it’s because she is the singer behind the hugely popular song ‘Heaven’ from 50 Shades Freed.

Check out what people have to say:

Never knew you had a twin sister in India called @AnushkaSharma! #perfectTwin #doppelganger

Ok she is xerox

Don’t they look really similar? Share your thoughts with us.