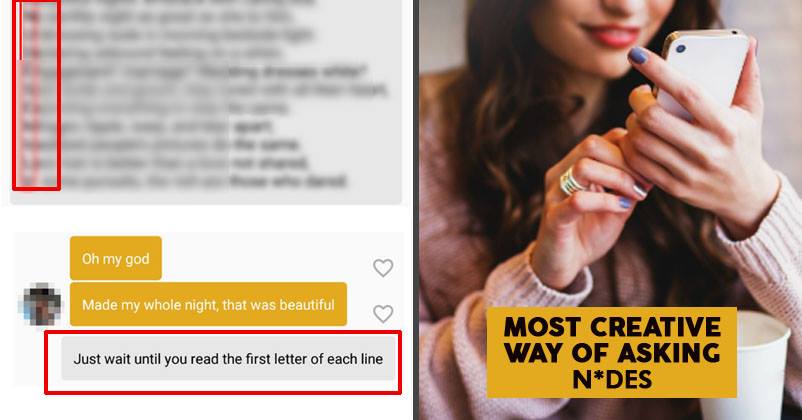 There are many guys who find it difficult to ask a girl her number and here is this guy who has asked for nudes from a girl and she is not even angry with him, thanks to his incredible and innovative style.

The person about whom we are talking is highly talented and genius. He took to reddit and posted screenshots of the conversation that he had with a girl he met on an online dating app and the redditors went crazy after that.

Drewhead118 is the handle of this brilliant redditor who was asked to write a romantic sonnet by a girl named Emilia. The man was quick to write that for her and here is the screenshot: 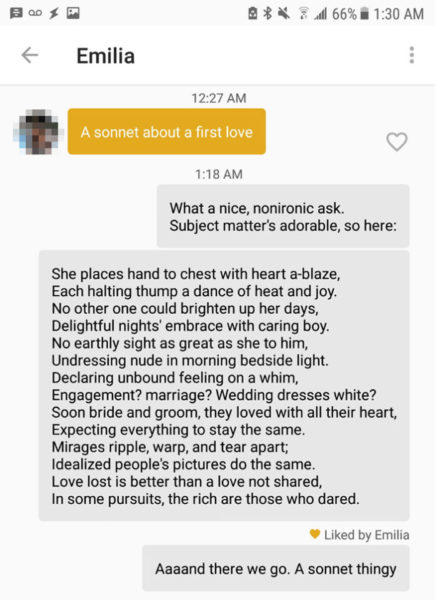 However, there was much more to it than just a sonnet and a lot was remaining for Emilia to get surprised. She was very much impressed by the guy’s skills, little did she know the hidden meaning in it:

If we read the first letter of each line, it becomes ‘Send Me Nudes Emili’: 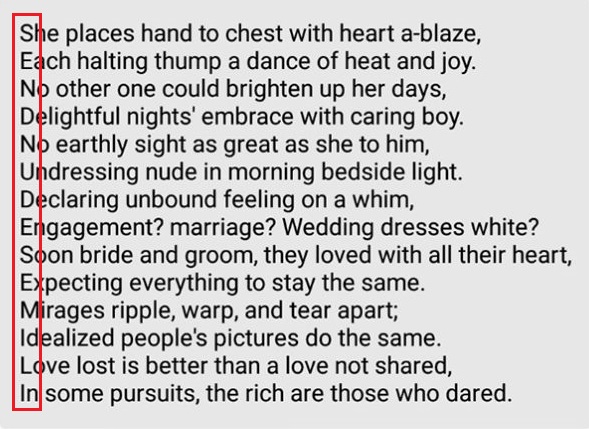 Wow….he wrote the complete sonnet around what he wanted! Genius guy! But it’s not over yet.. 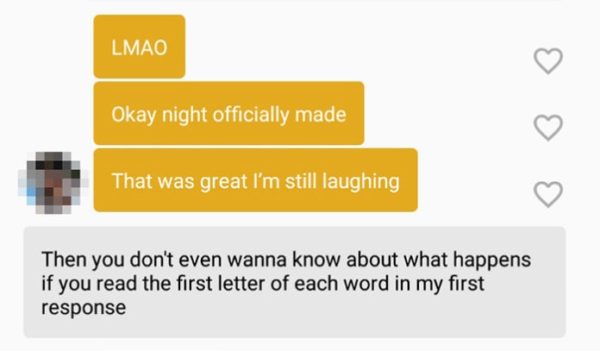 If you people are thinking that it’s over, you are mistaken, as there is still something remaining: 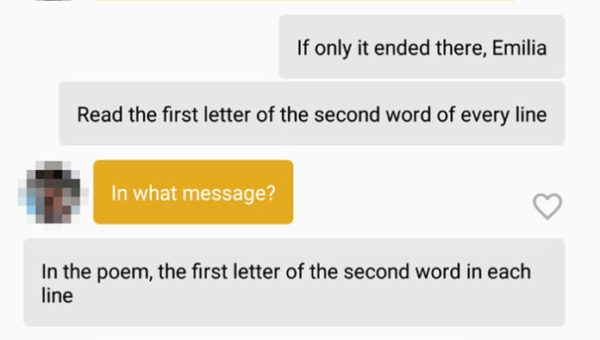 The first letter of the second word in each line makes, ‘Phone Number Pls’ 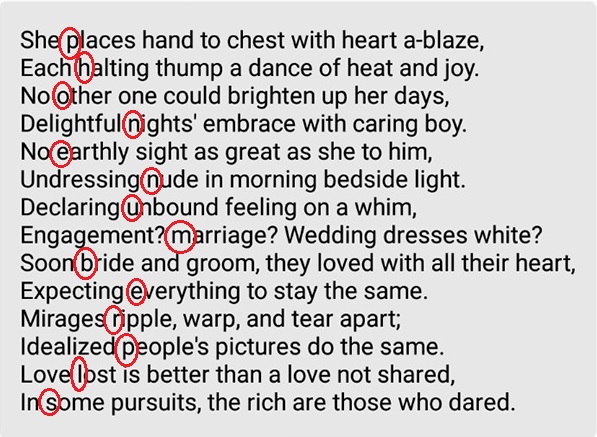 He has asked for her number and that too in such a classy way; awesome! Which girl can deny after such huge effort? Here it seems he gets one of the things that he wanted: 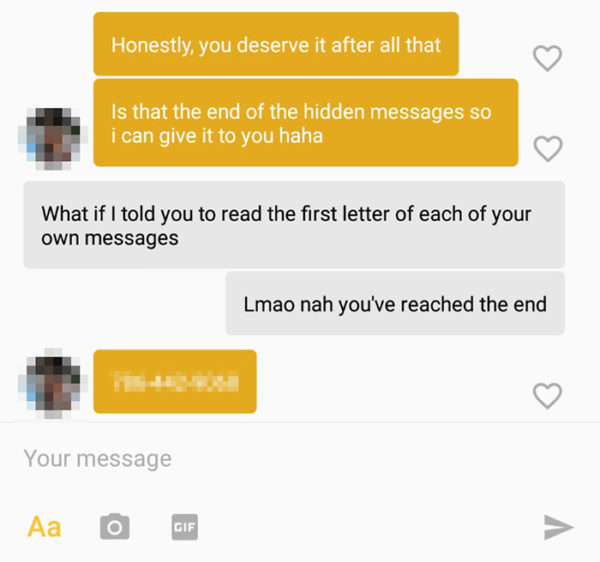 Everyone is just amazed with the talent of this guy and he is definitely an inspiration for many of the aspiring lovers. What do you say?