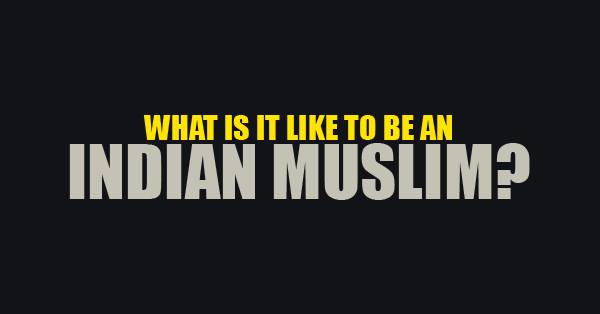 Nowadays in India, word “intolerance” is doing rounds and keeping it as a base many writers, scientists, historians, filmmakers are returning the awards given to them by the government of India. This process of returning the awards started after the Dadri murder case where a Muslim man was murdered by a mob as they doubted him of killing a cow and eating its meat.

Since then, a lot of learned persons are feeling that there is “religious intolerance” growing in the country and the Muslims, which are minority in the country are being suppressed by the majority, Hindus.

Shah Rukh Khan also started a controversy when he said that there is “Extreme Intolerance” in the country and he will also return his award if he is asked to.

Well, till now we were listening to the intelligentsia and the celebrities, most of them are not even Muslims so let us now listen to a common Muslim man and learn:

“Hi, I’m an Indian & Muslim. My country is governed by the political party – BJP which is known to follow Hindu ideologies to the core.

Your question is indeed thought provoking. Let me give you an insight:

We just celebrated the festival of Eid. Like any other Muslim, I went to Mosque to pray. For a festival as celebrated as Eid, people turn up to pray in thousands and the Mosque that I attended had 3-floors offering 2-rounds of prayer so that everyone could get a chance.

The Government of India had deputed around 10 Delhi Police personnel up to the ranks of Sub Inspectors for our protection. It isn’t that we live in a very violent atmosphere. India is a very peaceful place to live. The Mosque I went too, was just one of the dozen others in the same locality & doesn’t hold a historical significance or was built by Mughals.

So, the gist is, the Government that is mostly offended and abused to be anti Muslim & with a hardcore Hindu ideology, made provisions so that we could pray peacefully, which is indeed rare to find even in countries with a Muslim majority and an Islamic government.

My colleague, who’s not a Muslim offered me an apple during the month of Ramzan (the month of fasting for Muslims) at 7 in the evening and said, “Kha le,toone subah se kuch nahi khaya.” (“Have this apple, you haven’t had anything since morning “). After I told him I still have half an hour to go, he kept it on my table. Only after I assured that I’ll have a full meal, he had it for himself.

Yes, there are issues and it’s pretty much expected in a country like India where we have a mix of almost every religion on the planet. But, trust me, a Muslim (rather, sane Muslim) will never revolt against this nation. I have never felt mis-positioned in this country.