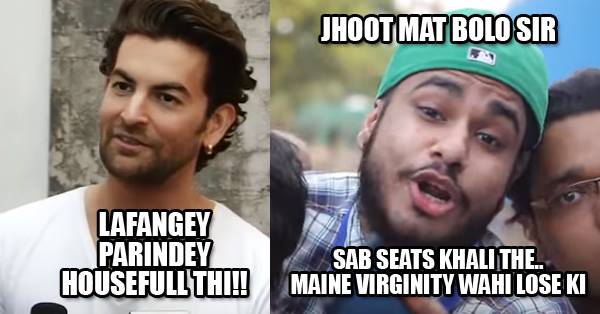 Neil Nitin Mukesh finally breaks his silence over his casting in the famous HBO series Game Of Thrones. Neil Nitin Mukesh has been all over the internet right now over the news of him getting cast in the legendary Game of thrones TV series. Web is flooded with his memes and stories as he committed that he got role because of his upcoming movie Prem Ratan Dhan paaiyo.

Fans of GOT all around india are tripping over this incident. So screenpatti got hold of him and thus presents an exclusive interview with Neil Nitin Mukesh. The interview is a hilarious expirience as Neil discusses his amazement over this incident. Screenpatti’s Jizzy-Veerji puts him on the spot and how it responds is flattering. The situation really goes down when the reporter starts asking about Lafangey Paridey, one of his biggest failure, but how Neil handles it is entertaining itself.

Hop on a ride of weirdness and get clarity over the Game of thrones and Neil Nitin Mukesh stint. So the question is, has he really made it big or is it just another brilliant PR strategy?

Continue Reading
You may also like...
Related Topics:This Hilarious Interview Video Of Neil Nitin Mukesh On 'Game Of Thrones' Casting Will Make You ROFL

How Censor Board Will React To Hindi Movies In Future? It’s Hilarious To Watch
This Guy Missed A Small Note From His Wife, What Happens Next Will Blow Your Mind