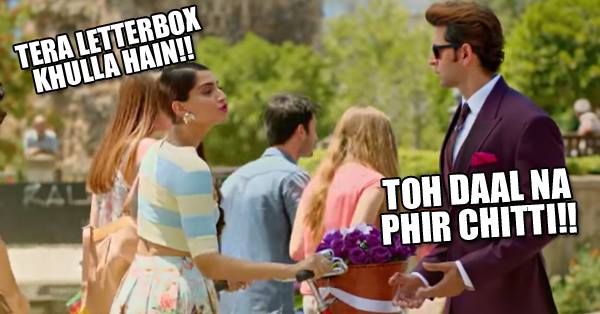 It was just few weeks back when Honey Singh released a new version of the one of most romantic songs in the history of Bollywood, Dheere Dheere Mere Zindagi Main Aana, from the film, Aashiqui.

Even though there is Hritik Roshan and Sonam Kapoor in the video album, but it could save Honey Singh from getting a negative feedback for this. According to some people, it was a complete disaster. But as they say, laughter is the best medicine, team of Screen Patti made one of the best spoof of the video of Dheere Dheere song, which will leave Yo Yo Honey Singh in splits. Even Hritik & Sonam would not have imaged that anything like this can happen with their video. I am sure you are going to enjoy this hilarious version.


You can also watch this video directly on Youtube
I don’t think there could have been a better spoof on this video ever.

Here Are The WWE Night Of Champions 2015 Results!
Here Is Vir Das For You, Trolling The Trolls That Take Internet By Storm