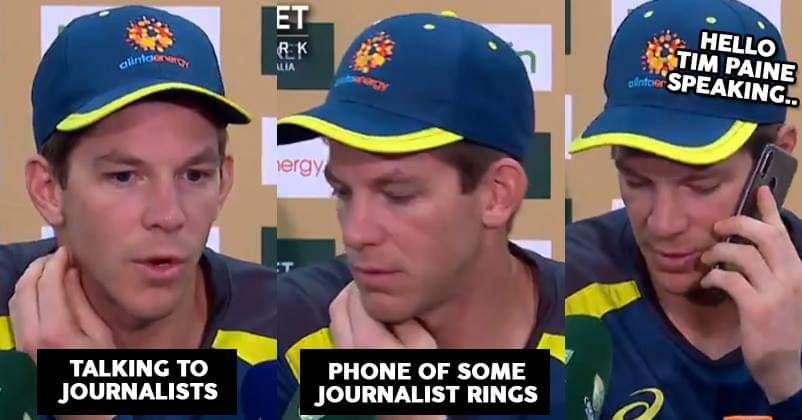 Tim Paine has been the highlight of every news during the India versus Australia series matches these past few days.

Beginning from his sledging with Virat Kohli which turned sour to witty banters with Rishabh Pant, it can safely be assumed that Tim Paine is quite a quick witted chap who likes tongue in cheek humour. 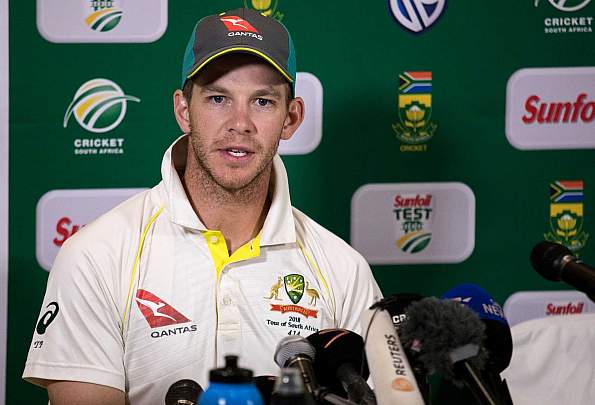 Now this video has recently emerged which shows Tim Paine at a press conference. He gets a call in the middle of it, and this is what happened next.

The conversation is hilarious.

That’s gold. Love Tim Paine as captain so different to the previous captains I grew up with having a laugh with opposition players and now journalists. Should be more of it.

First captain in the history of Australia that has amazing sense of humour.. Nice guy.. He can bat too

Australia’s damn lucky to have found him

😂 quite the cheeky Aussie we’ve got here, love ya Painey

He is the Rishabh pant of Australia 😂..Funny guy.. #AUSvIND

He has to be the coolest guy in world cricket atm. Just want Australia to stick with him throughout 2019 world cup