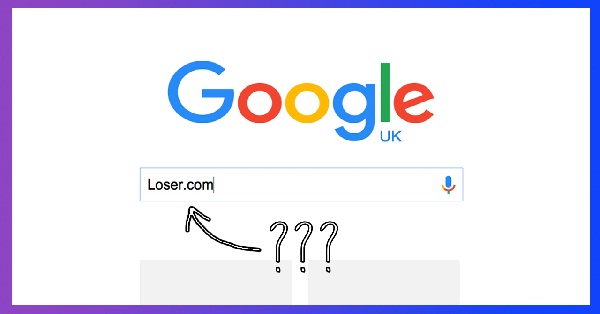 Donald trump is not a new name for almost anyone who catch news once in a while and if you know his name you also might know he is one of the presidential candidate for USA. He is without any doubt most mocked candidate till date in the history. But the biggest troll smashed at him is getting viral on the internet.

We are in no mood to keep you away from this troll hence here it is, “Just google Loser.com” and BAMM! you are done. Loser.com redirects you to the Donald Trump’s Wikipedia page which is a definite blow to Donald Trump who during a campaign called common people losers.

Well, just to inform you, Trump is not the first person who has been the victim of this troll. In fact famous singer Kanye West (husband of Kim Kardashian) was last year named as Loser by the same URL where the same thing would happen redirecting users to Kanye West’s Wikipedia page.

But now someone else (name not known) played the troll on Trump by buying the url and redirecting it to his Wikipedia Page. Nevertheless, Trump has a long history with Trolls and Memes so I guess he wouldn’t mind this troll too.

So now just google or type Loser.com on your browser’s address bar and see the magic and YEAH! don’t forget to come back and express your thoughts here in the comments section below.

Continue Reading
You may also like...
Related Topics:This Is By Far The Best Latest Troll Available On Google