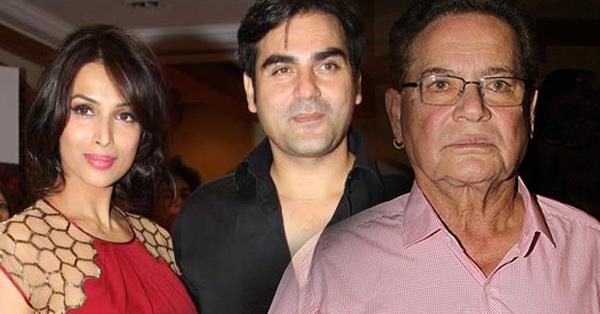 As per the media reports, one of the most popular celebrity couples Arbaaz Khan and Malaika Arora Khan are on the verge of separation after 18 years of happy married life; however, both the sides have not spoken anything about it. The couple has tried to rebuke the reports and rumors by giving statements and posting on social media but there are strong indications that all is not well between the couple. In fact, it has been heard that Salman Khan has also tried a lot to control the situation and asked the couple, especially Malaika to give their marriage another chance but now she is not in the mood to listen to anyone and has made up her mind to get divorced from Arbaaz.

Despite all these reports about Arbaaz and Malaika, when Arbaaz’s father Salim Khan was asked to talk on the issue, this is what he had to say, “I am a writer, don’t ask me about anyone’s love affair or break-up reports. I never interfere in the life of my kids.” The legend writer refuses to say anything clearly on the issue but the point that needs to be noted is that he has neither accepted that divorce is happening nor replied negatively on the issue.