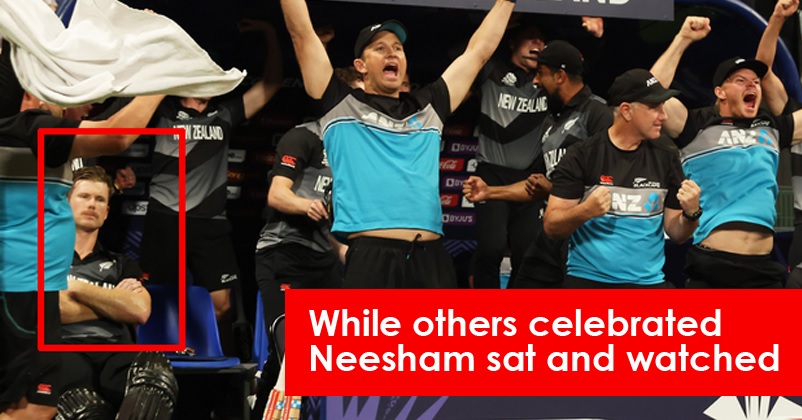 The New Zealand cricket team has entered the finals of the ongoing ICC T20 World Cup by defeating England by 5 wickets in the tournament’s first semi-final which was played yesterday at Sheikh Zayed Stadium, Abu Dhabi. In the finals, the Kiwis will face the winner of the second semi-final which will be on Thursday between Australia and Pakistan. 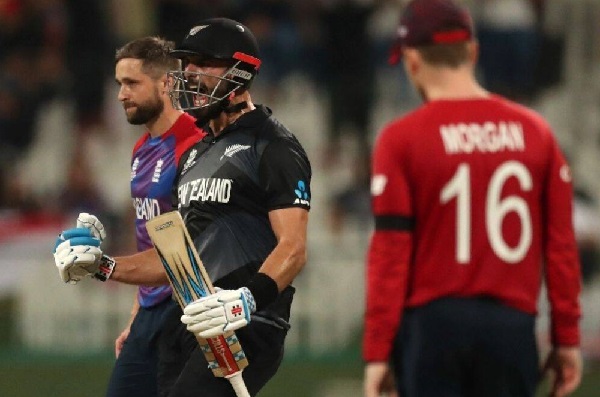 As far as the match is concerned, New Zealand won the toss and decided to bowl first. England had a steady start as its openers scored 37 runs in partnership before Jonny Bairstow (13) got out in the sixth over and useful knocks of Dawid Malan (41) and Moeen Ali (51) helped their team in posting a decent score of 166/4 on the scoreboard.

In response, the Kiwis lost Martin Guptill (4) and skipper Kane Williamson (5) quite early but Daryl Mitchell stayed on the crease till end and produced a sparkling knock of 72 runs in 47 balls (4 fours & 4 sixes). Devon Conway also contributed well in his team’s win by scoring 46 runs of 38 deliveries and his innings included 5 fours and 1 six. The all-rounder James Neesham also played an important role in his team’s victory by scoring quick 27 runs for which he faced 11 balls (1 four & 3 sixes). The Black Caps achieved the target with 6 balls remaining and also took the revenge of the 2019 World Cup final in which they lost to England.

As the winning run was scored by the New Zealand batter, all the Kiwi players present in the dug-out stood up and started celebrating but Jimmy Neesham behaved indifferently as he kept on sitting and gave no reaction. Soon the image of James Neesham sitting with no expression on his face after victory went viral and people started giving their opinion as some felt that James Neesham is still hurt with the loss of 2019 WC final. 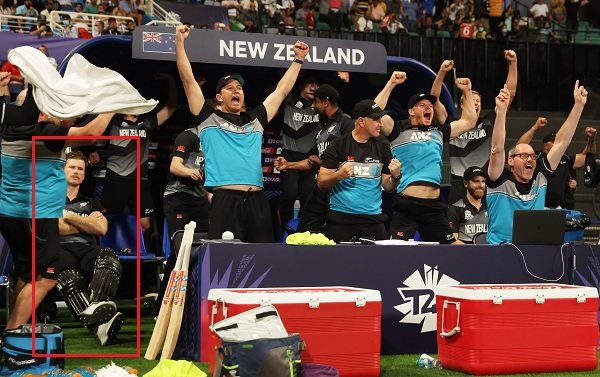 Later on, Jimmy Neesham also reacted on it as he retweeted a tweet made by a sports channel and wrote, “Job finished? I don’t think so.”

Well, Jimmy Neesham appears to be correct in his opinion that job is not finished until his team wins the trophy but still a little bit of smiling won’t hurt. What do you say?