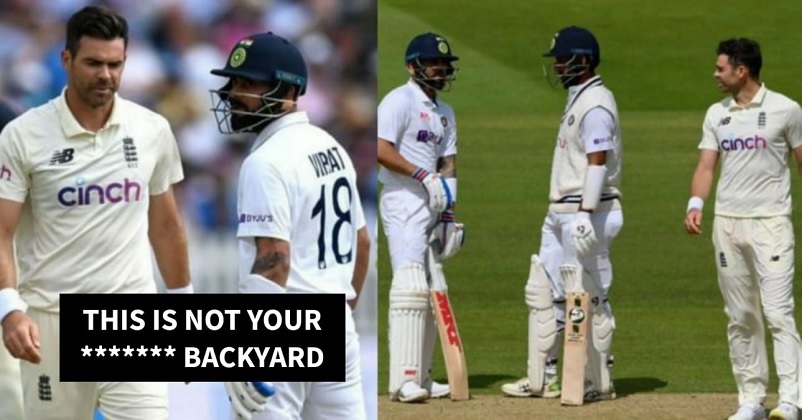 The India-England 5-match test series is a contest not only between two cricketing nations but also between two cricketers – Virat Kohli who is considered as one of the greatest batsmen of all times and James Anderson, one of the best pacers of the world who is amazingly getting better with his age. 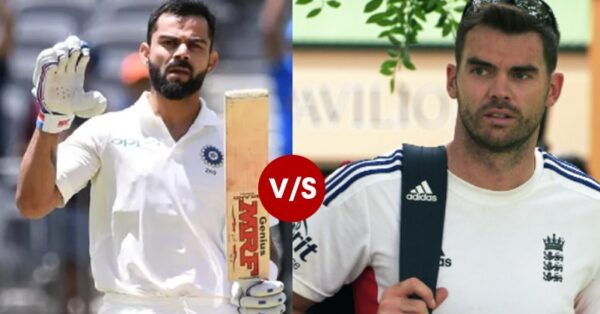 They both are quite competitive and also have no hesitation in having a go at their opponents if needed. In the second innings of India in the ongoing test match, Virat Kohli and James Anderson had a verbal spat when the former pointed out that the latter was running at the pitch. The verbal duel kept on going even after the next ball as the Indian skipper was heard saying, “You swearing at me again are you? This isn’t your fu**ing backyard”.

Anderson also said something and then after the fifth delivery of the over, Virat Kohli was once again heard saying, “Chirp chirp chirp. This is what old age makes you”. 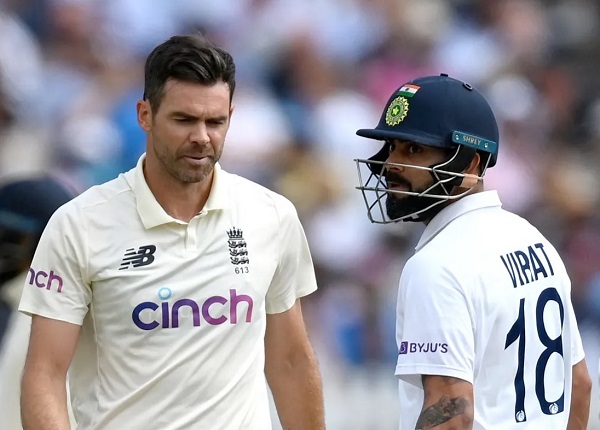 This happened during the 17th over of the Indian innings and it was Anderson’s 9th over. This verbal duel could have continued if Anderson’s spell wouldn’t have ended.

The Indian team needed its skipper to play a big innings but Virat Kohli disappointed once again as he got out for 20 after giving a catch to Jos Buttler on the bowling of Sam Curran.

In the second innings, India didn’t have a good start as it lost its openers Rohit Sharma and KL Rahul early and then Virat Kohli was also not able to perform well. The good thing for the Indian team is that the test specialist Cheteshwar Pujara (29) and vice-captain Ajinkya Rahane (24) are still on the crease and India has taken the lead of 78 runs by scoring 105/3.