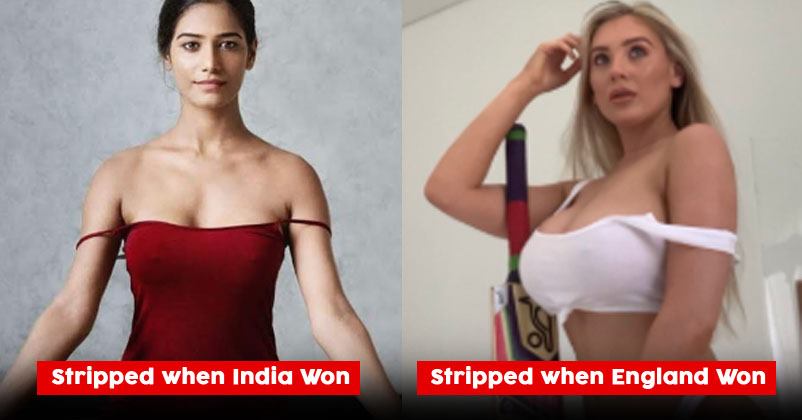 England won its first-ever world cup trophy this year after defeating New Zealand in the final. It was a tough match and England’s victory was unexpected and fans even raised questions about ICC’s weird rules. But ultimately Brits held the world cup in their home country and created history.

Every one celebrated England’s victory in their own unique way but not as unique as this English mode. A UK based model named Bethany Lily April recently uploaded her stipping pictures on Twitter congratulating team England for its big win.

Here is what she tweeted

She reminds Indians of the 2011 world cup when an Indian model Poonam Pandey announced that she will strip naked if wins the final. India won the cup but Poonam couldn’t live up to her promise due to public disapproval. However, she posed naked after the Kolkata Knight Riders victory in the IPL 2012.

Stand Up Comedian Has A Message About The Assam Floods. Shows, Not Everything Is A Joke
You Will Be Surprised To Know How Much This 8 Minute Action Sequence In Saaho Cost