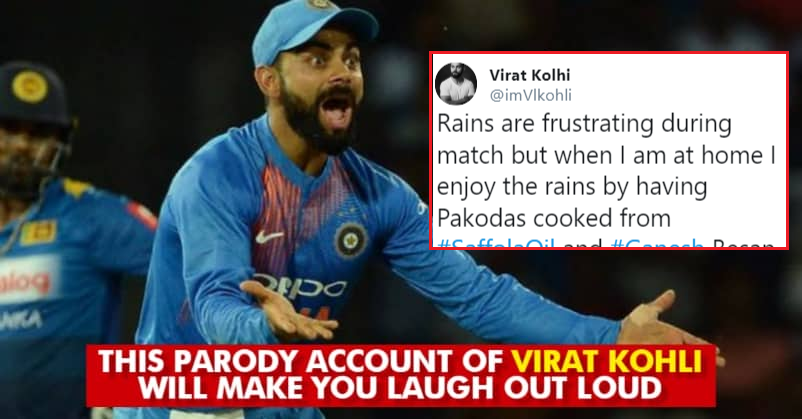 So, the rains have played spoilsport at the much awaited India Vs. Australia match in Melbourne today. India was all set to fight against Australia today at the Melbourne Cricket Ground, but alas.

It had earlier been predicted that Friday would see rain showers in Melbourne, and the rain gods lived up to their promise. This was an important match for India, considering that India had lost the first T201 by just four runs. However, the stars were not in our favour today. 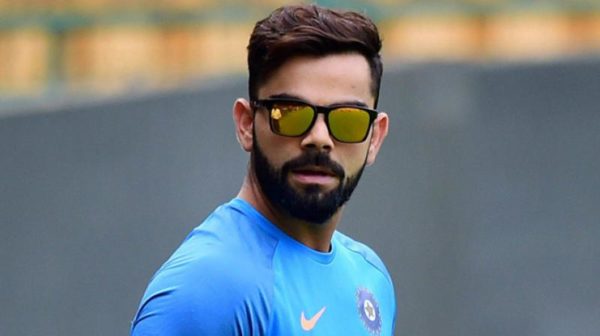 But don’t worry, there’s something we have in store for you, which can help lighten your mood. So, apparently, there is a Virat Kohli parody account on Twitter, which goes by the handle, @imVlkohli. The twitter profile has become immensely popular recently owing to certain really hilarious posts and tweets.

Everybody knows that Virat Kohli endorses some of the biggest brands in the country and around the world. However, the over the top endorsements can be slightly annoying at times. Taking advantage of this, the parody account comes up with tweets like this:

It's late. Time to have a decent sleep on my @KurlonLimited matress after switching on the @goodknightin mosquito repellent to have a peaceful sleep under 0 watt @Syska_LED bulb and cool 21°C temperature of @samsung air condition, draped in @BombayDyeing_In blanket. Good night. pic.twitter.com/FHbHXXbOOr

If it’s multiple brands in one tweet, it’s gotta be Virat!

After the match today was interrupted by the rains, Virat Kohli was captured at the stadium, looking rather morose and gloomy. He seemed to be really upset about the weather, which is something that we can totally relate to. However, the image was immediately picked up by Netizens and memes started emerging.

Of course, the parody account makers couldn’t sit still either. On November 21, which too saw heavy rains in Melbourne, @imVlkohli posted:

Raining heavily right now. Hope the visitors have brought #Citizen Umbrellas or #Rexburg Raincoat with them else they will catch a cold and have to visit #FrankRoss Pharmacy and take #Crocin tablets to get instant relief from the illness. #AUSvIND pic.twitter.com/tU2qnHHMev

They didn’t stop there. You have to see the second post which was tweeted today:

Rains are frustrating during match but when I am at home I enjoy the rains by having Pakodas cooked from #SaffolaOil and #Ganesh Besan along with #TooYumm multi grain #BakedNotFried chips while watching movies on my new #SonyBravia4K tv along with the #JBL headphones. #AUSvIND pic.twitter.com/vkGPk86EjD

Are you laughing? ‘Cause we sure are! Wonder what Virat has to say on this!

Ashwin Shuts Down Trolls Who Tried To Question His Performance In Australia
Mithali Raj’s Manager Blasts Harmanpreet Kaur On Twitter, Calls her Immature