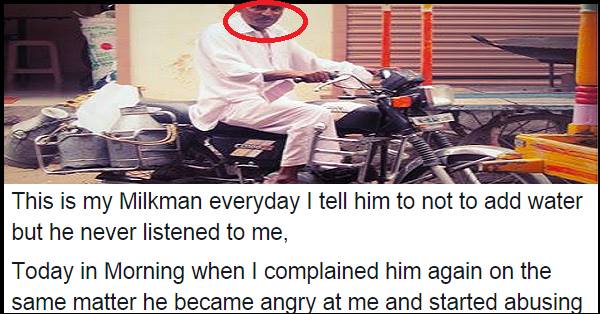 Delhi’s Eve-teasing incident has left entire media and Social media go GaGa about it. Day before yesterday a girl from Delhi had registered an FIR in Tilaknagar station with the photograph of a boy who according to her is said to have misbehaved with her and event passed a vulgar comment on her. She then clicked his photograph and filed a police complaint & also posted his picture with the details on her Facebook profile which went viral on Social Media and finally the guy was arrested.
Later on the guy and his family came up with another side of the story where they sad that the girl was unnecessarily arguing with him over a signal jump and threatened him calling herself an AAP volunteer.
The whole matter is being Investigated onto who is lying.
Meanwhile as the matter went so viral, social media starting coming up with Humorous images and catchy status and tweets. Here is one such sarcastic post which for sure has won the internet today. Take a look at this post in which a guy complaints about his milkman. 😀 This is my Milkman everyday I tell him to not to add water but he never listened to me,

Today in Morning when I complained him again on the same matter he became angry at me and started abusing me. He have Black Hero Honda CD 100. When I told him I am clicking his picture and I’m going to file a complaint against him in Police Station , he responded by posing for a picture and said, “Jo kar sakta hai kar le. Complaint karke dikha, fir dekhiyo kya karta hun main (Do whatever you like. Complain and see what I do then)

What disturbed me more than the obscene remarks was that 20 passers-by heard what the accused Milkman said and no one intervened. “No one stood up for me”.

Real Story : I don’t have money to pay to the Milkman that’s why I made this story.

Police may take some time to decide on to who is lying in the above case. But till then this post will make us Laugh like hell 😀

These 10 “Sahi Pakde Hai” Memes From ‘Bhabhi Ji Ghar Par Hai’ Will Make You Fall In Love With Bhabhi Ji
These WWE Memes Will Literally Make You Jump-Off From Your Seats And Laugh!!