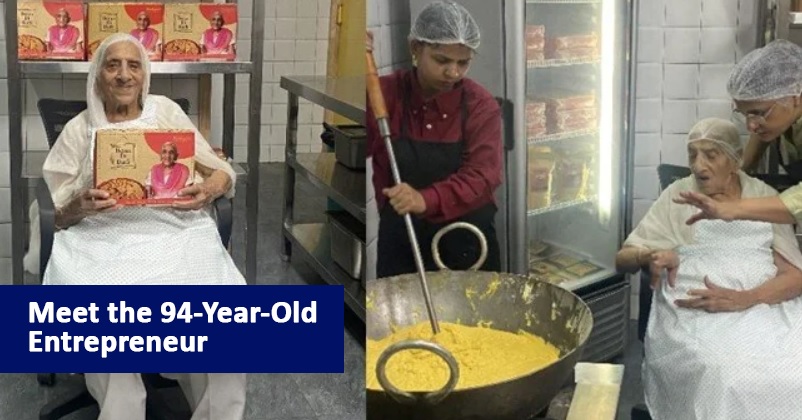 Many times we have heard that age is just a number and there are quite a few people who have also proved it correct but Harbhajan Kaur’s story is completely different. It may sound a little difficult to believe but she started her business at the age of 90 yrs and in the last six years, her business has grown by leaps and bounds. She has become an inspiration not just for her family members but also for all of us. 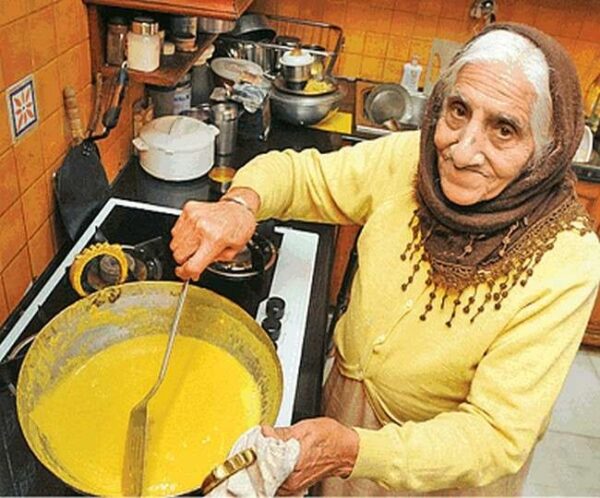 Harbhajan Kaur has proved that there is no right age to start anything new, you just need to have zeal, enthusiasm and determination and you can start even at the age of 90.

She recently appeared on the quiz show Kaun Banega Crorepati which is hosted by Bollywood actor Amitabh Bachchan who also praised the woman from Punjab for her will power and courage. Harbhajan Kaur states that she wants to tell everyone there is no age to fulfill your desires and a person should never give up in life. As per her granddaughter Mallika Suri, the startup which was commenced at a very small level has become very successful in today’s time and now they are planning to open a shop as well. Suri further says that her grandmother has set an example for the whole family and everyone watched the episode of KBC in which her grandmother appeared. 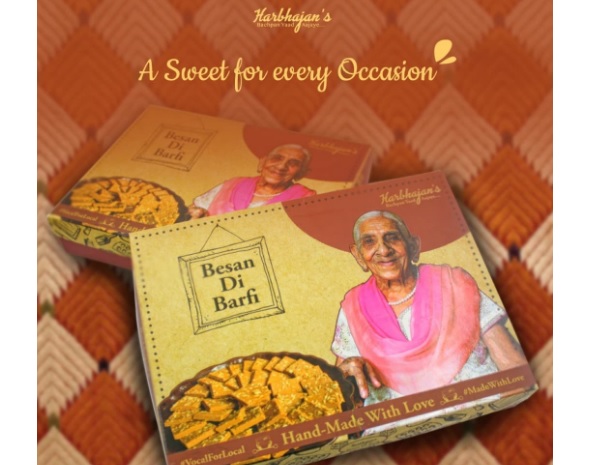 Let us tell you how it all started:

Harbhajan Kaur has three daughters and she lives with her daughter Raveena Suri in Chandigarh. One day Raveena asks her mother if there is any wish that she has not been able to fulfill in her life and to this, Harbhajan Kaur says that only one thing troubles her – she has never earned anything. They talk further and Harbhajan Kaur says that she knows how to make besan ki barfi (Indian sweet) because she used to make it for family members on the occasion of festivals especially Diwali and from here, they get an idea for a startup. Few kilos of barfi are made and sold at a stall in organic market; on the first day they earn Rs. 2,500 and they all go to Indian Coffee House to celebrate the occasion. 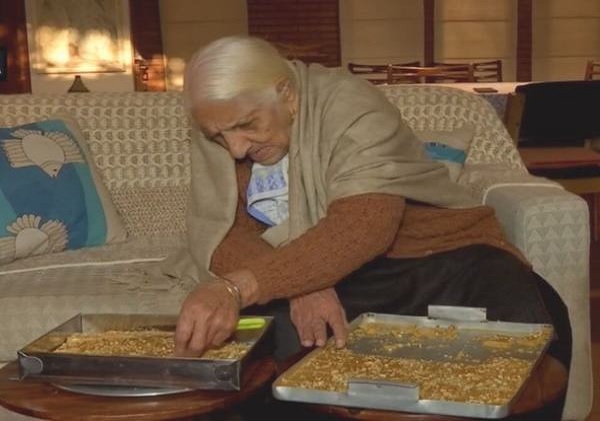 Harbhajan Kaur learned to cook besan ki barfi from her father who was a very good cook, she wasn’t able to study after the 8th standard and by the time she was 20 yrs old, she got married.

However, now Harbhajan Kaur sells not only besan ki barfi but many types of pickles, chutneys, etc. and she has become a brand. In the past, she has been praised by former Chief Minister of Punjab, Captain Amarinder Singh and also by the famous businessman Anand Mahindra who has also called her the entrepreneur of the year. 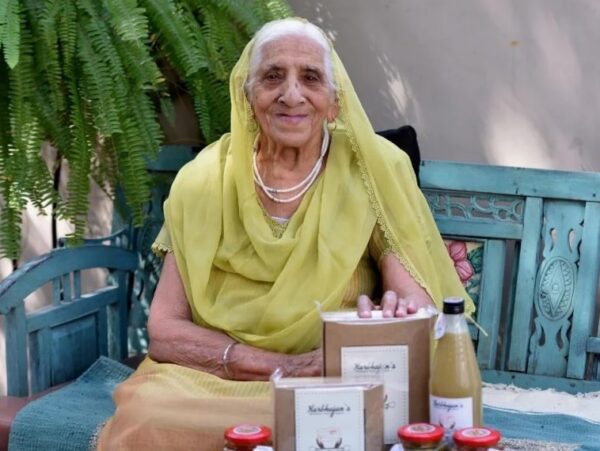 Here’s what Anand Mahindra wrote in response to a tweet, “When you hear the word ‘start-up’ it brings to mind images of millennials in Silicon Valley or Bengaluru trying to build billion dollar ‘unicorns.’ From now on let’s also include a 94 yr old woman who doesn’t think it’s too late to do a start-up. She’s my entrepreneur of the year”.

When you hear the word ‘start-up’ it brings to mind images of millennials in Silicon Valley or Bengaluru trying to build billion dollar ‘unicorns.’ From now on let’s also include a 94 yr old woman who doesn’t think it’s too late to do a start-up. She’s my entrepreneur of the year https://t.co/N75BxK18z4

As of now Harbhajan Kaur operates from a cloud kitchen where she has kept two assistants who work as per her instructions. She says that the majority of the orders that she gets is through the ecommerce giant Amazon plus local people also order through various food apps.

She is certainly an inspiration for each one of us, especially those who feel that after 60, a person should only take rest because he has already worked for so many years.

Student Gave Up Examination As It Was Sunny Leone’s Birthday, The Actress Reacts
Man Says Women Should Focus On Face & Waist Instead Of Degree & Job, Gets Roasted Online