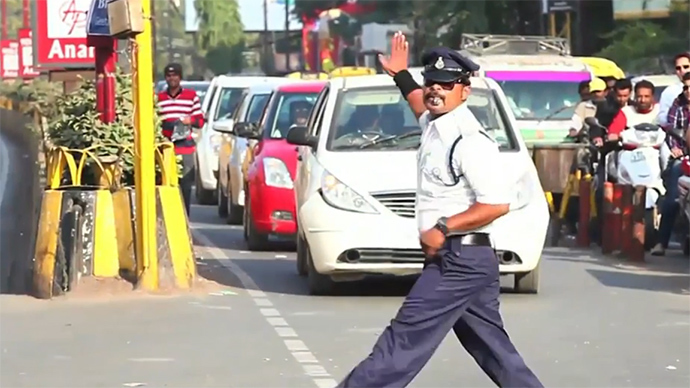 There would scarcely be any person who is not a die-hard fan of Michael Jackson and his moonwalk. But after watching this video, you will become a fan of this traffic cop who has developed a new and very impressive style to regulate traffic. No doubt, people hardly follow traffic rules in India and always seem to be in a hurry, neglecting signals that would finally end up in unusual accidents which could have actually been avoided.

The dancing cop named Ranjeet Singh adopts locking and popping for controlling the traffic in Indore. Not only this, he also performs moonwalk to grab attention of the public and make them follow signals properly besides entertaining at the same time. If we refer to Ranjeet in this regard, he is of the opinion that it’s very important that people follow traffic rules but speaking of our country, some follow while others do not. So to make others act according to the rules and signals, he does this.

He does not care whether people laugh at him seeing him dancing and entertaining them. He is mainly concerned with the sole aim of making public follow traffic rules. However, on the contrary, people praise him when they see that a cop is so dedicated towards his job and can go to any extent for fulfilling his responsibility. He is also very happy with this and enjoying his job to the fullest.