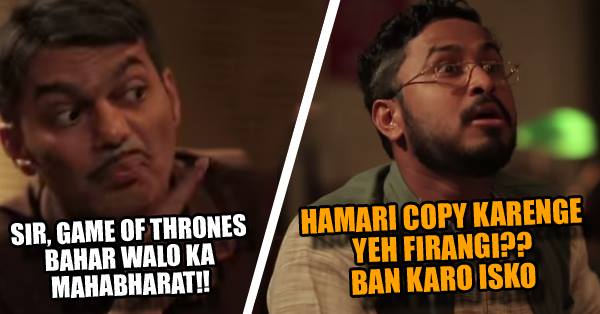 There is no denying the fact that Hindustan is gradually becoming BANISTAN on account of various bans imposed on people by Indian Govt. which not only trouble citizens but also create a hindrance in freedom of living. This trend grew quite hectic and bigger that people started asking for banning the thing ‘Ban’. And this is what our video is dedicated to. It showcases senior officials discussing what should they ban next which becomes a great hit not only on multiplexes but also on single screens. Here what I mean to say is that the new ‘ban’ creates storm among people and becomes talk of the nation. It’s quite hilarious to watch how they keep on putting a ban on one thing after another and slowly the whole lot from oranges to dictionary and bedsheet to shoelaces get banned and they end up with nothing!!

Must Watch The Awesome Video:

Funny and amazing, isn’t it? How did you find the video? Share your views about it in the comments section below.

Brave Police Constable Jumps Off A Bridge To Save A Man From Drowning!!
This Video Of Guilty Dogs Asking For Forgiveness With Hugs Has Gone Viral #Cute