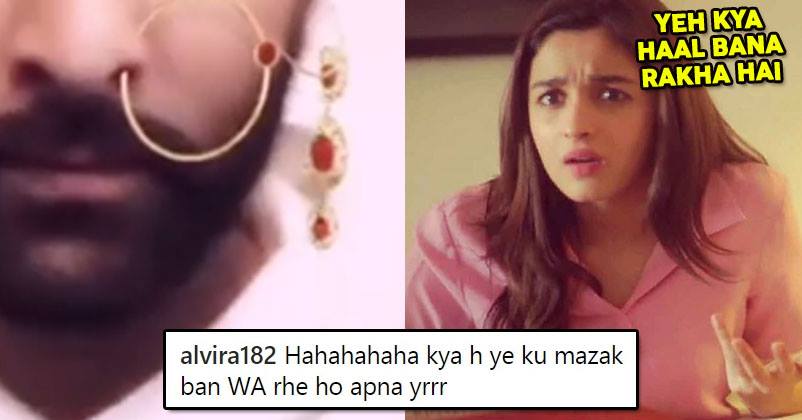 There is no denying the fact that Ranbir Kapoor is among the most handsome actors of the industry with a huge female fan following. In fact, he allegedly has had link-ups with many beautiful divas as well and there will hardly be any actress who can turn down a role offer with him. After the smashing success on “Sanju”, he is on cloud nine and there seems to be no stopping for him as he has proved his caliber in playing a variety of roles.

Well, he may be not be very active on social media but he does appear on Instagram sometimes through the videos of his fans or via the Instagram account of his rumoured girlfriend Alia Bhatt. If you remember, last time when he made an appearance on social media, he roasted Alia by saying that she can love herself only and no one else. This was said by him before the launch event of logo of their movie “Brahmastra” which took place at the Kumbh Mela 2019.

Lately, a video of Ranbir Kapoor is going viral on the Internet in which he can be seen using the bridal filter and showing his style. 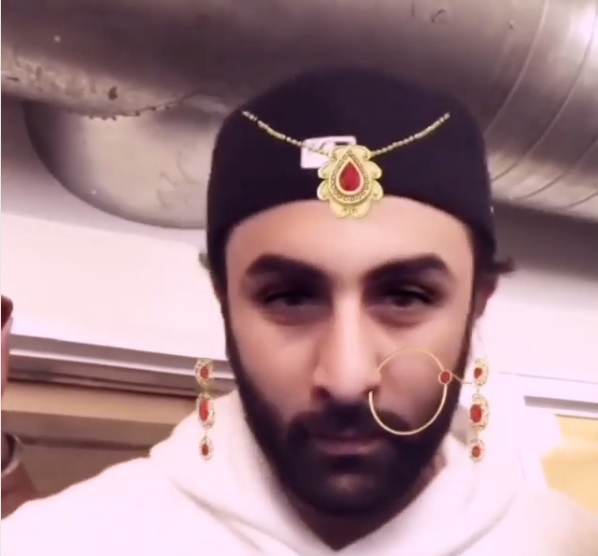 Yes, you read it right! If you have ever wondered how Ranbir would look as a bride, here is the answer:

The Snapchat filter has a maang-tikka and a nose ring and the actor seems to enjoy his new look. He can be seen with a fan or team member who is also using the bridal filter. It appears that the video has been made in Ranbir’s dressing room as his jersey can be seen hanging on the wall.

The clip has been uploaded on a fan page of Ranbir and we feel that it is the perfect time for making such a video because recently, the makers of “Kalank” revealed the look of their actors including Alia and she can be seen dressed as a bride. Don’t you think that Ranbir is giving a good competition to his alleged girlfriend using this filter?

However, several social media users didn’t like this experiment by the “Barfi” actor and trolled him for using this filter. Here are some of the selected comments:

How did you find Ranbir’s bridal look – cute or weird? Let us know your views.

Will Parineeti Chopra Get Married Soon? Here’s What She Has To Say
Neha Kakkar Calls Himansh Kohli The Most Loyal Person & Regrets Break-Up On Social Media