One such video is going viral on the Internet in which three boys can be seen hanging at the gate of a train. They are performing stunts while taking pictures and also snatching belongings of people who are standing on the platform. 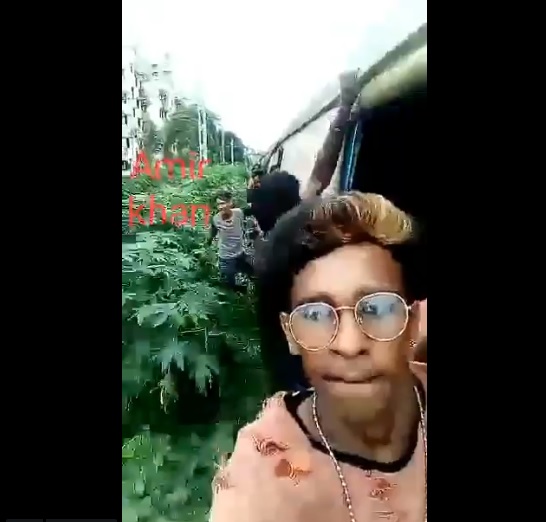 People are aggravated with the carelessness and stupidity shown by these guys and making a demand that police should look into the matter and ensure that they are punished.

These guys clearly have no respect for the law and lesson should be taught to them so that they can understand the importance of law as well as life.

Virat Kohli’s Mic-Drop Celebration On Joe Root’s Dismissal Is Epic. Watch The Video
Shah Rukh Was Asked To Comment On Priyanka’s Wedding With Nick. This Is How He Reacted