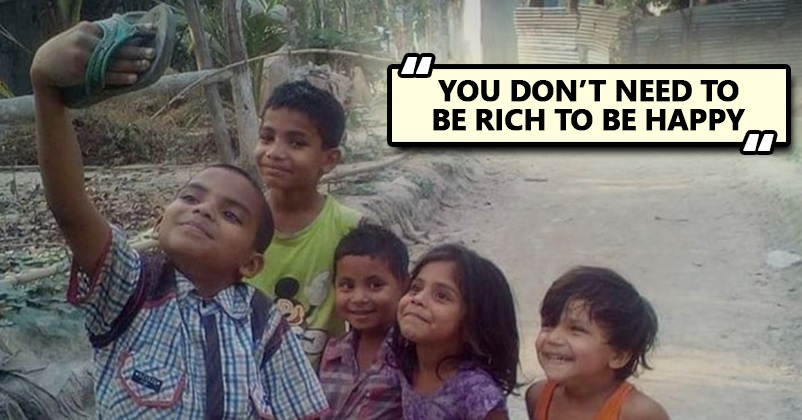 The Internet has become a great medium to share news and updates but sometimes very beautiful photos also get circulated which instantly touch our hearts and one such moving pic featuring five kids is going viral nowadays.

Till now, nobody knows about the location and the photographer of the image but it has been shared many times by common public as well as celebrities. 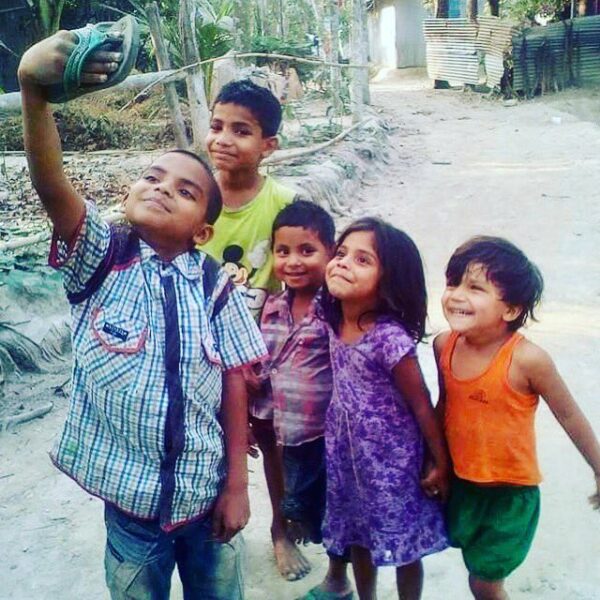 In this photo, one kid is taking a selfie with a slipper and all the other children are focusing on the slipper as if it is a real smartphone.

Actor Boman Irani posted this photo on his Instagram account with a wonderful caption which read, “You’re only as happy as you choose to be’. A saying that holds true for one and all!! And I’m sure this selfie deserves more likes than most”. 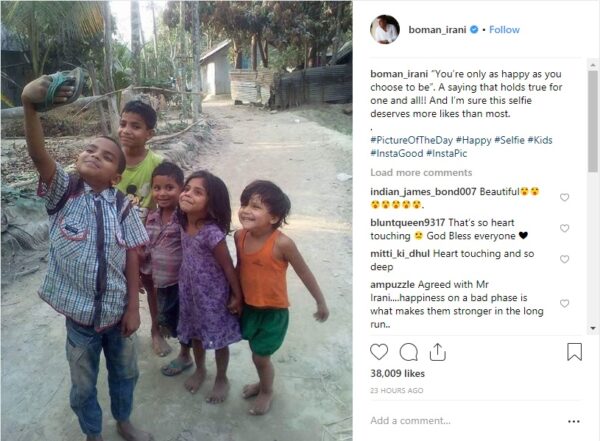 This photo was also shared by Siddharth Basu and Atul Kasbekar:

This pics gone viral on the net. Cannot get the smile off my face, or the lump out of my throat pic.twitter.com/fzMO9JwCo5

If anyone can reliably locate these munchkins n d photog I’d love to personally send them something each pic.twitter.com/5JWBmixzSH

While many were awestruck by the innocence of the children, legendary actor Amitabh Bachchan felt that the pic is photoshopped. According to him, the hand of the boy holding the slipper is different from the rest of his body and it also appears quite big in comparison to the other hand.

Here’s what Big B tweeted, “With due respect and apology .. I feel this is photoshopped .. notice that the hand that holds the chappal is different than the rest of his body in size  .. to his other hand by his side !!”

.. with due respect and apology .. i feel this is photoshopped .. notice that the hand that holds the chappal is different than the rest of his body in size .. to his other hand by his side !!

Atul replied to Amitabh and said that the image is not photoshopped as three post prod experts have verified it. The hand is looking bigger because of the perspective distortion standard on smartphones.

Amit ji 🙏🏽
Nice to hear from u

Many other users also expressed their opinion over the heart-warming photo and said that a person doesn’t need luxury to be happy. Here are some selected reactions:

Picture of the year. Look at the smile on these kids.

Innocent chidhood with lots of dreams..god bless all the kids

I feel this is the most loved and shared pic, keep spreading as it's really spreading a special "Smile" #Love along with it. 😀👌👌👌

The picture says they dont need anything. By wishing to give them something we will just satisfied ourselves. By god grace they are very satisfied.

such pure and unadulterated joy.

There is no denying the fact that it is one of the cutest and innocent photos that you can see on the Internet today.

DU Student Tells Girl, ‘If You Eat Beef, You Can Also Have S*x With Your Brother’. Read The Chat.
29 Photo Apps On Play Store Found To Be Stealing Personal Photos, Pulled Down By Google