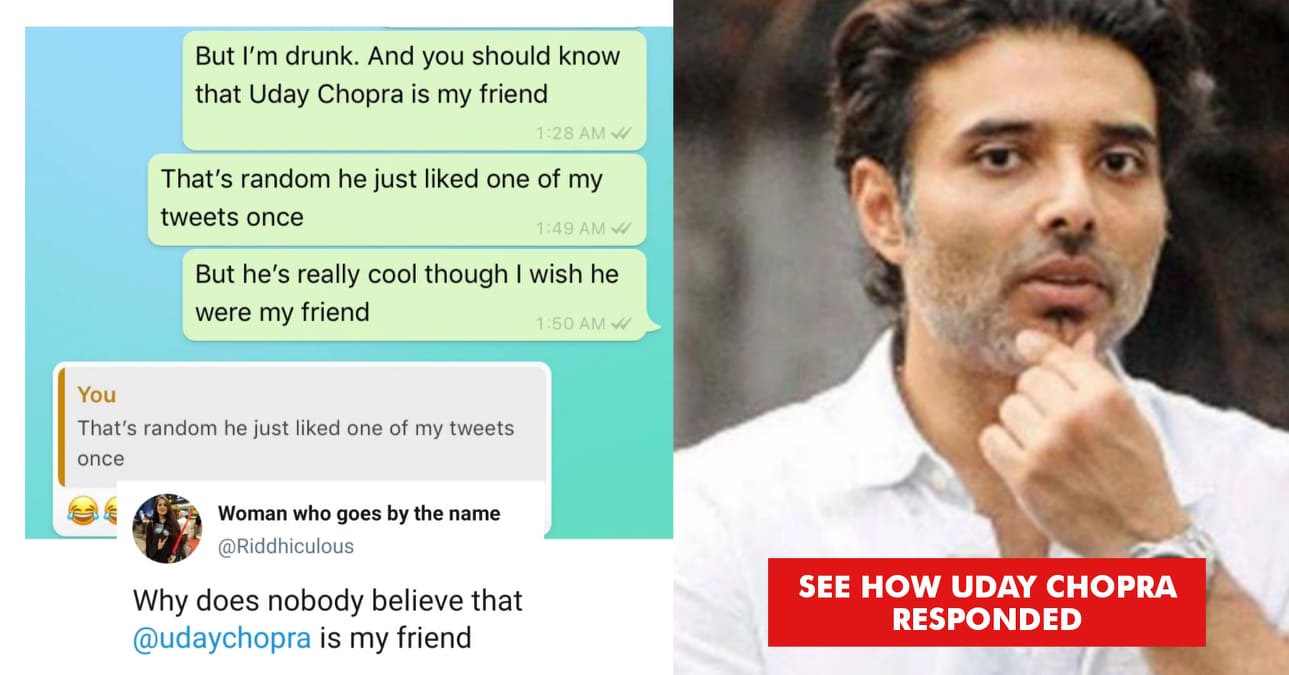 Uday Chopra is one of those actors who had a good Bollywood background, his launch was good but still, his luck never favored him in acting. He is one of the most active celebrities on Twitter and he usually gets trolled for his tweets but stops at nothing. His witty tweets and replies sometimes make people laugh but most of the time make people troll him. 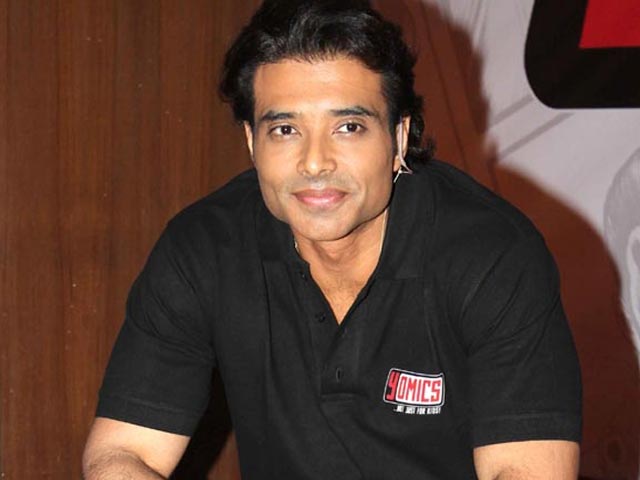 Recently a crazy female fan of Uday got popular as he wants to be friends with him very badly. She took to Twitter and wrote, “Why does nobody believe that @udaychopra is my friend?”

Why does nobody believe that @udaychopra is my friend

To her utter surprise, her so-called friend Uday actually replied to her and he appreciated her bravery. He wrote, “You really want people to believe that? You’re brave!”

You really want people to believe that? You’re brave!

The woman, who goes by the name Riddhiculus was on the seventh heaven after she got a reply from Chopra. Excited Twitter user wrote, “Dosti confirmed”

The crazy fan later tweeted that once she drunk texted someone that Uday randomly liked one of her tweets so he is her friend now. She posted a few more tweets about how happy she was after getting a reply from Uday.

[shows people that one time he liked my tweet]

I really went somewhere with this pic.twitter.com/ZO1yHdGVGo

While Riddhiculus was gloating in her own happiness, Twitter was also entertained in the process. Here are some of the reactions from twitter users who were amused by Uday’s sense of humor.

Your sense of humour is brilliant! I can't stop laughing. Thank you.

Uday Chopra might not have succeeded in making people laugh in his movies, he is doing great on Twitter.

Saaho Honest Review: Nice Entertaining Movie With Too Much Action
Meet The Travelers Who Fell In Love On Their Solo Trip In Hampi, One Trip Changed Their Lives