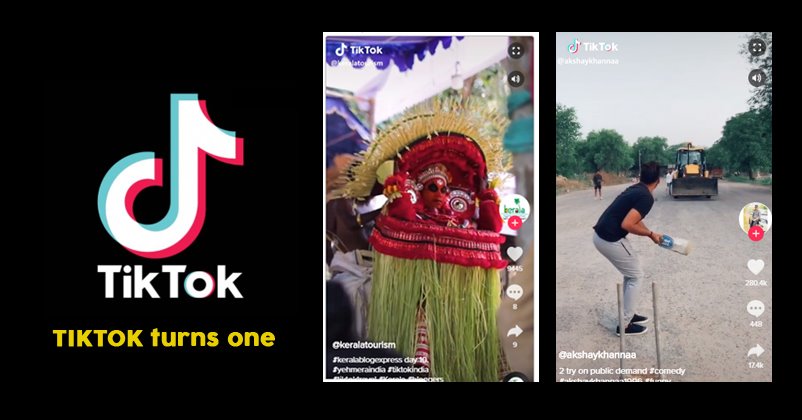 The video making and sharing app TikTok has turned one today and during this one year, a lot has happened. It made stars who now proudly title themselves as TikTok stars or TikTok influencers. It faced criticism and trolling but still stood strong and became of the most downloaded app on the google play store. Madras high court even banned the app for had to lift it soon due to its increasing public demand.

Some of the trends on TikTok very viral instantly and even film celebrity took part in it, example Bottle Cap Challenge. As TikTok turns one, let’s look back at the biggest trends on the app which went viral and created buzz.

Ranveer Singh Comments On Virat Kohli’s Fan Moment With Sir Vivian Richards
Marvel Cinematic Universe Might Have A New Leader, Guess Who Is He