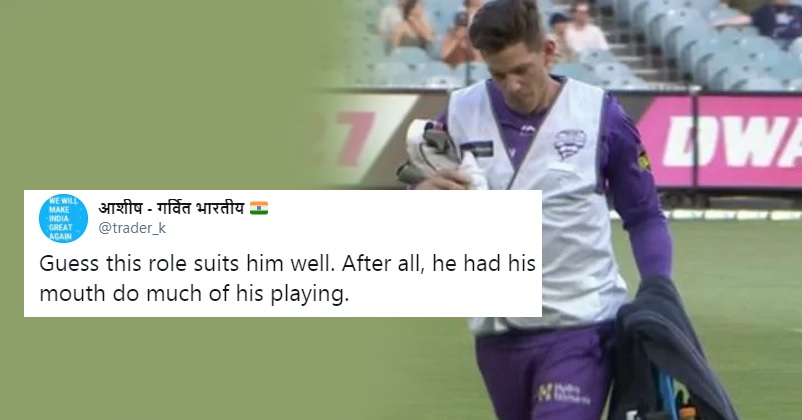 The Australian cricket team is going through a tough phase as they are getting slammed badly after losing the 4-match test series against India by 2-1. What is making their fans angrier is the fact that Australia lost the fourth test match which was played at Gabba, Brisbane, where they hadn’t lost any test match since 1988.

Things are more difficult for the Aussie skipper Tim Paine as it was under his leadership that Australia lost the test series and he also became the only Australian skipper to lose two test series against India at home while in 2018-19, he was the first Aussie skipper to lose a test series against India at home. Tim Paine was slammed for not only his wrong decisions and poor wicket-keeping but also his bad behaviour which he displayed in the Sydney test match when he engaged in a verbal duel with Ravichandran Ashwin and also used an abusive word for him. He was further trolled for his “See you at Gabba mate” comment after India defeated Australia at Gabba, Brisbane, and won the series too. Not just the Indian cricket fans but R Ashwin and his wife Prithi Ashwin also did not miss the chance of taking a dig at Tim Paine.

Tim Paine again got trolled when he was seen fulfilling the duty of water boy for his team Hobart Hurricanes during the Big Bash League. Tim Paine joined his BBL team after the test series but didn’t get a berth in the playing XI and on Sunday during a match, he was seen carrying water for the batsmen of his team. This was more than enough for the social media users to pull his leg once again. 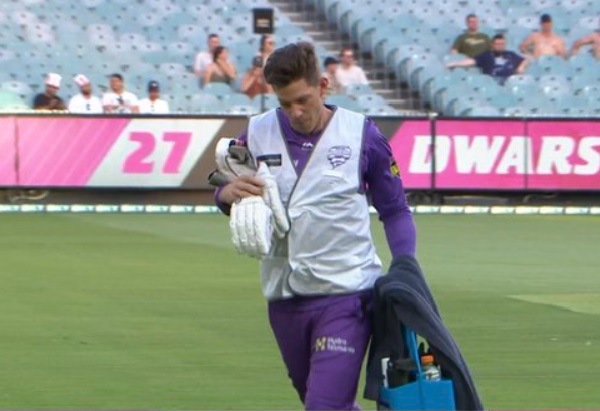 It all started after the official Twitter handle of Hobart Hurricanes posted a tweet with the photo of Tim Paine carrying drinking water and captioned it, “Australian Test Captain Water Boy” with tick marks.

Soon, Twitter outpoured with trolling tweets and while many were confused as to how the Aussie skipper didn’t find place in the playing XI, there were few who were taking a dig at Tim Paine by saying that he also dropped water. Some users also lashed out at Hobart Hurricanes for making fun of the skipper of a country on social media.

He embarrassed himself v India about the GABBA jibe – karma that

He should be the same in the the test arena as well.

You are not a good captain or good player ,you are the captain of the good team ,
Your main job is given below ,yes water boy 😂😂#Australiacricektteam#timpaine#looser pic.twitter.com/Oii0ML1zWT

That's exactly wht he should be doing in tests too 🤣🤣 https://t.co/DmMqxnpJIz

Hope he doesn’t drop them bottles ..

Guess this role suits him well. After all, he had his mouth do much of his playing.

that's what he deserves the job ,after Gabba test .

In Dec 2018; I remember him offering a contract for Rishab Pant in BBL. Water boy 😂😂🤣
Verbal diarrhea is such a dangerous thing 😎

This post demeans a good player worthy of captaining the @CricketAus team. There are so many ways this could have been presented. Shame!

Doesn't seem good humour to make fun of your countries test captain. Never expected this from a team's Twitter handle.

“I Felt Heat Each Day But I Segregated From Social Media & Focused On Game,” Says Rishabh Pant
Shikhar Dhawan Created Trouble For Boatman As He Shared Pics Of Feeding Birds Amid Bird Flu