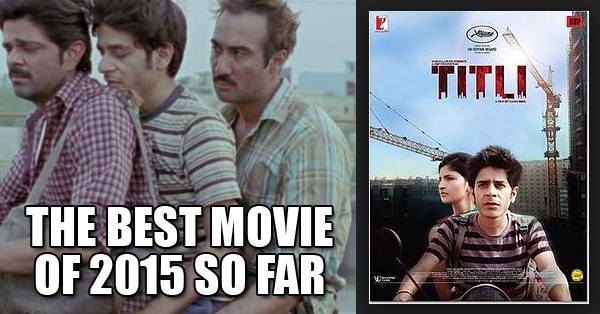 Titli is a hard-hitting, gripping story of a family which lives together, eats together and then kills also together. Violence and brutality seems to be an integral part of the movie and with the same deadly intensity it attacks your mind and soul. You seem to recognize the characters of this movie from your own life but just then they will show you the shocking side of their life when they commit crime and that too with pure ease.

Titli is the directorial debut of Kanu Behl and in his very first movie, he introduces the audience to a family which you may not have seen till now in any of the Bollywood movies. Titli is the story of three brothers and their father, who lives on the outskirts of Delhi and spent their life by committing robberies, which they call Gasht.

Titli, the youngest of the three brothers want to run away from the family and live a better life but his father and brothers decide to get him married so that a lady member can join their gang. However, the girl with whom Titli got married had different aspirations and she loved another man and she wants Titli to fulfill her dreams.

The story is entangled in the nitty-gritty of this family and how they deal with it. Kanu Behl makes a strong and deep impact in his directorial debut which makes Titli a must watch.