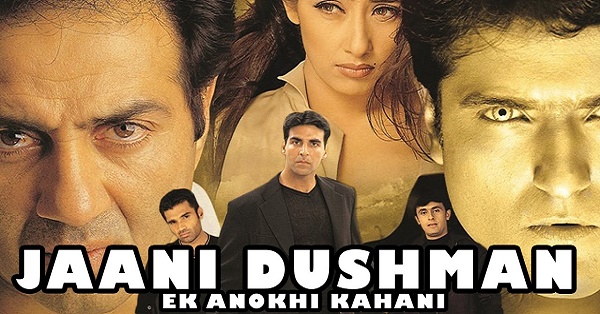 This film is produced and written by KRK in which he acted as well and we need not say a  word about his brain scarring dialogues and bizarre acting!

This movie defines the word ‘overacting’ brilliantly! Can you imagine all the actors showing their intolerable acting  skills? If no, this is a must watch for you! The movie starred Hrithik Roshan look-alike Harman Baweja and Priyanka Chopra. Despite promoting this movie till the extent possible the story didn’t work out.. The name of this film says it all. Apart from being a remarkably flop film, this movie also marked the end of relationship between these two actors *sob*. People only went for this flick to watch the song ‘Shiela Ki Jawaani‘. The movie starred Akshay Kumar, Katrina Kaif and the ‘Roadies‘ judges. Story of this cinema was senseless turning this movie into a complete disaster. Despite having hotties like Ranbir Kapoor and Anushka Sharma, this film flopped. We wonder the reason behind this… maybe it was the boring trailers and excessive promotions which made people lose interest. This film was a funny mishap for which the term “flop” is an understatement. We bet, anyone hardly went to watch this movie and whoever made the mistake of viewing it regretted to the core. This movie was the remake of the old Hindi film ‘Himmatwala‘, which starred Jeetendra and Sridevi, but unlike the original flick, the viewers had to gathered a lot of himmat to watch it. This movie got a rating of 1.8 out of 10 by the critics.. We needn’t say more.

This movie was a remake of the classic movie ‘Sholay‘ with Amitabh Bachchan playing the legendary role of Gabbar Singh trying to recreate the magic on screen but the movie turned out to be a blunder.

This movie was basically made in a hangover, the only reason people went to watch it was for it’s hit songs, which made no sense towards the end.  Insensible story accompnied with stupid acting and plot is the best mantra for a  flop movie which leads to such films. This torturous film made the audiences cry at the stupid dialogues and it surely cracked them up with the copied scenes og hollywood movies. Not to forget the epic special effects which were probably given by kingergarteners using the worst editing softwares possible. The cast and crew definitely earned tonnes of ‘jaani dushmans‘ after releasing this not so ‘anokhi kahani‘.

6 Images That Perfectly Define “Girl’s Philosophy In Life”
These 10 Heart-Touching Pictures Perfectly Give The Message “STOP DISCRIMINATION AGAINST MEN!”