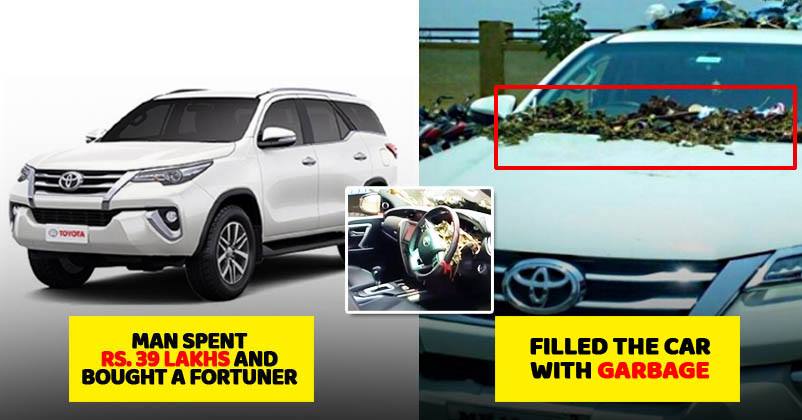 When it comes to cars, people are just crazy. They work extra hard and save money for years to buy a luxurious dream car. But imagine you have spent millions of rupees on your dream car and it becomes faulty. The pain is unbearable and frustrating. 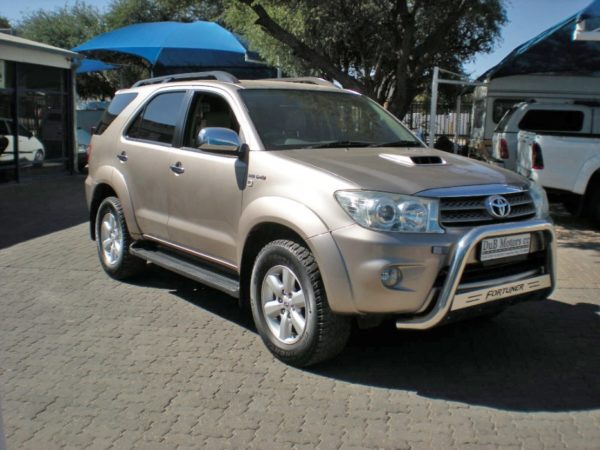 Pune based Mr Hemraj Choudhary who bought a brand new Toyota Fortuner worth Rs. 39 lakhs worth has faced something even worse. Choudhary was highly disappointed when the car became faulty soon after he bought it in the March.

Even after sending the car for repair multiple times, the problem persisted and that’s when he decided to show his anger. As per Lok Satta, Mr Choudhary filled garbage in the SUV and sent it to the service centre.

However, after a few hours he found that the Fortuner was sent to MIDC police station without his knowledge. It’s being said that the service centre sent the vehicle to the police station, but as of now, it’s unclear as to who sent it. 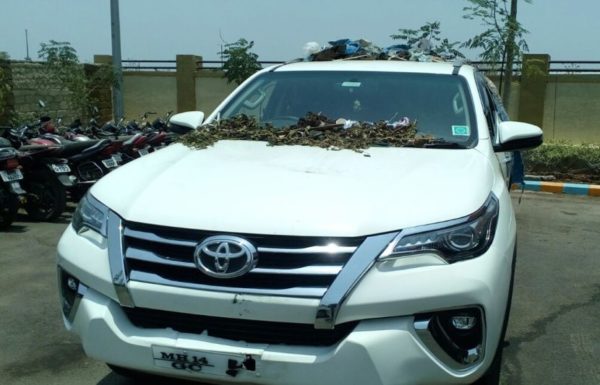 When the owner found that the car was sent to the police station, he called Lok Satta and said that that he would donate this vehicle to PCMC for garbage collection.

The condition of the car is visible in a video below-

Now that’s really frustrating. We can understand the pain customer must be going through.

Continue Reading
You may also like...
Related Topics:Pune, Toyota

This Man Bought A Jaguar And Spent Rs 16 Lakhs Extra To Get Number ‘1’ On His Plate
YouTuber Made A Car That Can Be Driven From Outside; Twitter Called It The Most Stupid Invention