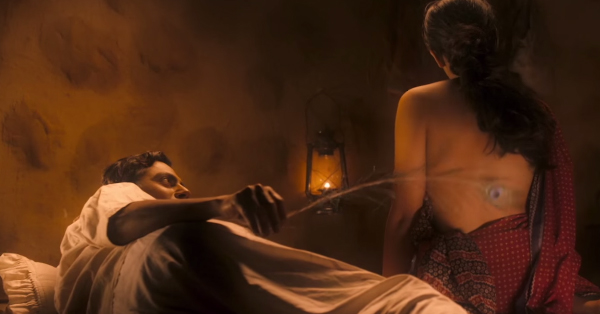 Nawazuddin Siddiqui Fans you would love to watch this trailer, Trust me!! Official trailer of MANJHI ~ The Mountain Man is released and already going viral on the internet. The movie is directed by Ketan Mehta and stars the Legend Nawazudding Siddiqui and Radhika Apte.

The movie is based on a true story and revolves around the story of a man from Bihar – Dashrath Manjhi who has broken the mountain and made way after his love died because of lack of medical care as the nearest way to reach the doctor was travelling around the hills which was like 70 Kilometers away. So taking all the frustration Manjhi decides to chop down the entire hill and he does it all alone. The movie is all set to release on August 21st 2015.

How did you find the trailer? Share the video and comment your views in the comments section below.

Revealed The Most Shocking News Of Bollywood: Why Did Salman Khan & Katrina Kaif Break Up?
CHILL~ AIB’s New Video WIll Give You A Chilling laugh!!