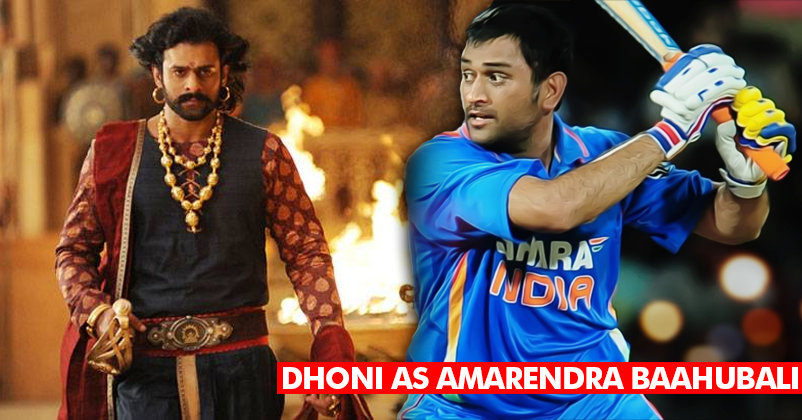 The Baahubali 2 fever has gripped the nation and people are super impressed with its awesomeness. After the film hit the screens, people have been imagining a lot of bizarre things; some even went to the extent of casting Bollywood actors in it.

Every passing day, some or the other creative videos linked to Baahubali are going viral and giving a good entertainment dose to the people. Today, we came across another video on the internet and it is a treat for all Dhoni fans. Yes, it’s a superb mashup of Dhoni & Baahubali; the audio used in the video is that of Baahubali 2 trailer, but the visuals are from the film MS Dhoni: The Untold story. The end result is killing! The combination is so rocking that at one point of time, you will feel that Dhoni should have been roped in for the role of Amarendra Baahubali.

Both Dhoni and Amarendra Baahubali have good leadership skills and this is the reason why this video is apt.

Want to watch this mashup? Here’s the video…

Hasn’t this video given you goosebumps? Which other cricketer would you like to see in this mashup?

KRK Posted A Pic With Mom & Said She Wanted To Give Him Poison! Here’s How Twitter Made Fun Of Him
Hardik & Krunal Pandya Fought On Twitter! Sehwag Interfered & Tried To Sort Out Things!