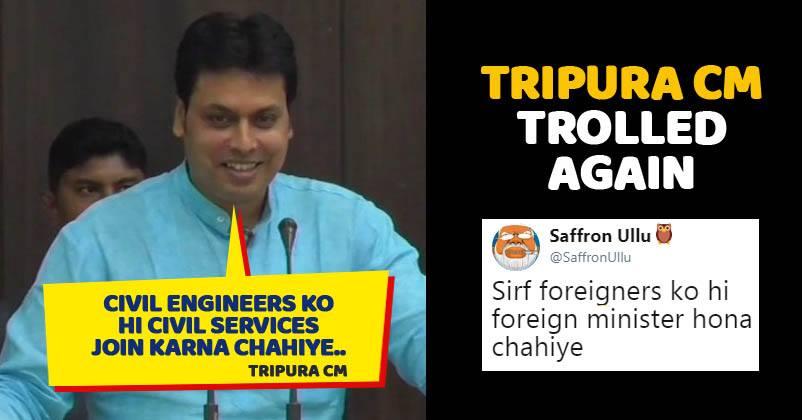 Tripura CM Biplab Deb has hit a controversial row by giving back to back controversial statements. Earlier he had attracted criticism by saying that Internet is nothing new and it was in India in Mahabharat age. 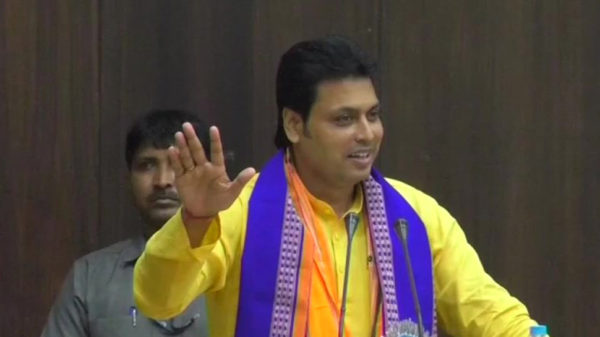 Later he questioned the process of judgement involved in the crowning of Diana Hayden 20 years back in 1997. Criticising the beauty pageant, he said that the decision to award Miss World and Miss Universe titles to Indian women for five years in a row was market-driven, Deb said only Aishwarya Rai was a quintessential representative of Indian beauty. He said-

“Indian beauty should ideally look like Goddesses Lakshmi and Saraswati. Diana Hayden did not deserve to win the Miss World crown. Actually, it was part of a fixed plan which was hatched keeping in mind the interests of the international market. Aishwarya Rai’s victory was well deserved as she represents the quintessential Indian woman.”

“Indian women did not use cosmetics or shampoo. We washed our hair with ‘methi’ water to prevent hair fall and bathed in mud. Beauty contest organisers are international marketing mafia that tried to capture a market of 125 crore Indians with their move.” He further stated that no Indian girl wins the contest now because they have already captured the market.”

Recently, he gave another big statement and sparked the controversies. Suggesting that there could be no relationship between mechanical engineering and civil services, he said-

“After pursuing mechanical engineering one should not go for civil services. Instead, civil engineers should join civil services as they have the knowledge and experience to help build administration and society”

After pursuing mechanical engineering one should not go for civil services. Instead, civil engineers should join civil services as they have the knowledge and experience to help build administration and society: Tripura CM Biplab Kumar Deb in Agartala pic.twitter.com/IosMEpLVr7

Agree with him, only cats should write CAT exams.

Only people with extra marital affairs should be appointed to the external affairs ministry.

Only BA graduates should take admission in MBA.

Absolutely sir.
Only MukherJEEs , ChatterJEEs and BanerJEEs should be allowed to give JEE.(Joint Entrance Exam for IITs.)