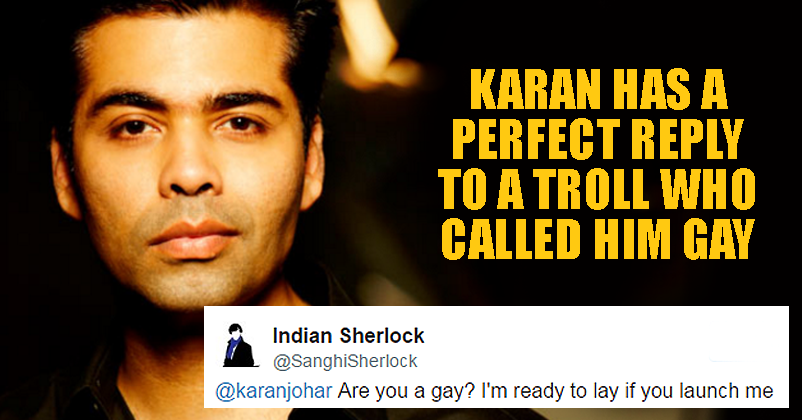 Karan Johar’s show ‘Koffee With Karan’ has always spiked the curiosity of its viewers when it comes to knowing more about the personal lives of its guests, but more often we have also observed that it’s the guests who put Karan Johar on the hot seat by asking him about his personal life where he just chooses the safe side and stays numb. However, the answers to all our questions about his personal life are now available in his recent book – An Unsuitable Boy. Most of his fans were curious to know about his TASTE when it comes to his choosing a partner for life. And this time in his book, he went all open about it, which definitely drew a lot of attention.

He also addressed the fact that if he had straight away and directly declared his sexual orientation in his book, he could have landed up in jail. His words, again, landed him up in trouble where a lot of people criticized him for not supporting the LGBT community since his opinion matters a lot and people consider him as an opinion maker.

Karan Johar did notice the disturbance on social media and went on to tweet this.

One of those mornings where you crave for silence…..and all you're surrounded by is baseless noise…..

However, a troller or more over a self-proclaimed detective SHERLOCK tried to unearth the mystery and strike a deal with Karan Johar by tweeting this.

This was definitely the moment where Karan had to address such people and slam down without any mercy. And oh boy, he indeed did that. This is how he came back like never before.

Listen Sherlock!!! First solve the mystery of your existence??? The prize will be to LAUNCH a missile up your arse!!! https://t.co/EY0NRGIZXv

Karan Johar just gave him the most epic and a strong reply which was supported by many other people. Have a look at how twitter users reacted on it.

Superb reply to such people

No need to reply them

don't listen to those Idiots , you're an amazing person,we love you!

Just laugh these idiots off

karan he's "ready to do ANYTHING" for you! (Kwk reference) 😂 just laugh these idiots off I swear!

Thank you for the movies that you made.

don't reply to shit people. Like this. Thank u for beautiful films u have made.

Seeing the people’s reaction on Twitter, it does seem like they indeed support the rights for LGBT community which is definitely good. No matter how many trollers and people hating homosexuality try to accuse, abuse and offend them by their dirty and narrow-minded thinking, there are always some good people whose words of wisdom will make it even.

What are your views about this whole incident? Please share your opinion in the comment section below.

Bigg Boss 10: Rallies & Stickers Of Manveer Gurjar All Across North India To Support Him
Twinkle Khanna Has A New Neighbor & You Won’t Believe Who It Is!