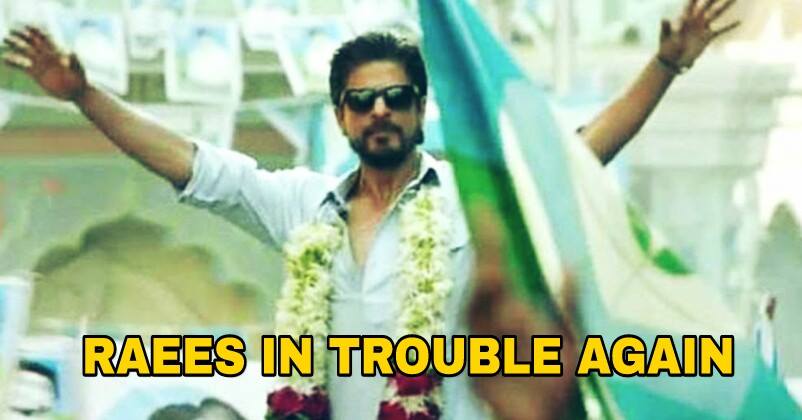 Mahira Khan’s presence in Raees has already caused a lot of political problems.

Although SRK tried his best to ensure smooth release for the film, by talking and making peace with Raj Thackeray, the MNS chief, things are still messed up. Now the rival party, Shiv Sena is creating hurdles for the release. Now, threatening letters have been sent out by Shiv Sena (Chhattisgarh wing) to ban the release of Raees in theaters.

Here are the tweets;

Dear @AUThackeray,
We have received this threat letter from your Chhattisgarh unit against playing @iamsrk's #Raees. Do you endorse it? pic.twitter.com/RHai71yGZV

Request all @iamsrk fans to help me bring this to the notice of @AUThackeray. I'm sure he will take action against this nuisance. #Raees https://t.co/k6xvFMi1aM

We have no clue how this situation will be handled. As of now, Akshaye is contacting everyone to get help and assurance for a smooth release. He has also appealed to the fans to unite and stop these political threats.

As of now, Akshaye is desperate to talk to Aditya Thackeray about this, as he believes he will take immediate action. Raees makers haven’t given out any official confirmation yet, but looking at the letters, we can really feel that things might go haywire post release.

One more doubt which comes to our mind after reading these letters is whether the movie will be banned only in Chhatisgarh or whether it would be banned in other parts too. Just 14 days left for the release; let’s see what happens.

Shraddha Kapoor Was Upset With Kapil Sharma & She Even Threatened To Walk Out Of His Show
Dangal Finally Created History On Its 19th Day! Makers Are Proud Of This Achievement!