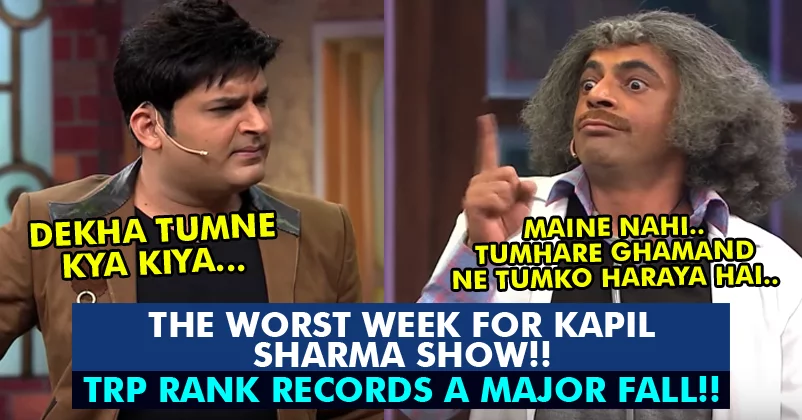 Unquestionably, Kapil Sharma’s infamous spat with Sunil Grover in a flight cost him a great deal, to such an extent that it couldn’t be compensated so far. It’s clearly apparent that Kapil is making all the efforts to make audience laugh and regain the TRPs of The Kapil Sharma Show; however, all his attempts are proving to be of no use, as audience is badly missing Sunil and even the best of jokes in his absence are not able to make the viewers laugh. Recently, Kapil celebrated 100th episode anniversary of his show but that too couldn’t make any difference to the TRPs and as a result, TKSS might go off air because Sony is not in the mood to continue with the show in the present scenario. BARC Report from April 15, 2017 to April 21, 2017, is out and all the fans of Kapil will be disheartened to know the rank of TKSS on the 16th week. Sa Re Ga Ma Pa Little Champs had an amazing boost up after Udit Narayan and Alka Yagnik appeared on the show while grand finale episode helped Rising Star in reaching the 13th rank. It’s very saddening to know that The Kapil Sharma Show could not even make it to the list of top 10 and is on the 14th position. The top position has been secured by Naagin Season 2 while Nach Baliye 8 couldn’t impress audience and is on the 19th position. On account of increasing fame of Kuch Rang Pyar Ke Aise Bhi and Beyhadh, significant growth has been witnessed in the ratings of Sony.

11) Mohe Rang Do Laal on Rishtey

There seems to be no future of TKSS if the current rank continues for the next few weeks! What do you say? Share your views in the comments section below.