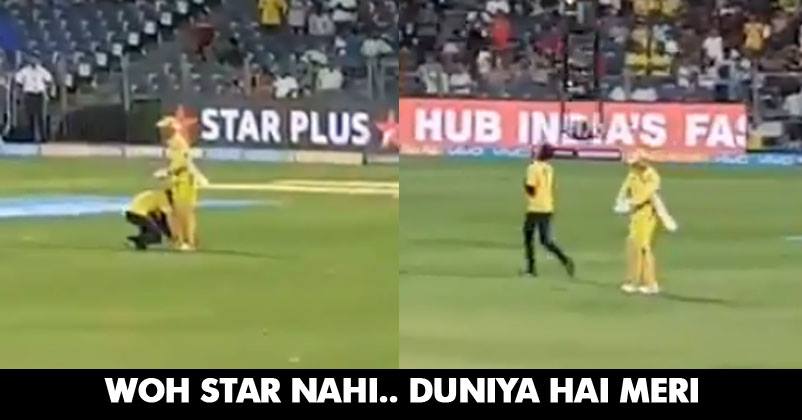 MS Dhoni, the former skipper of Indian cricket team, is definitely one of the most famous sportspersons and his fans worship him as God.

Dhoni and Chennai Super Kings are inseparable; even though Dhoni played for Pune for two years when CSK was suspended, he is back in yellow this year. The home ground of CSK has been shifted to Pune from Chennai because of the protests taking place in connection with Cauvery water dispute. On Friday, CSK faced Rajasthan Royals in their new home ground and won the match with 64 runs. Shane Watson was the Man Of The Match for his blistering knock of 106 runs.

However, there was one person who took all the limelight from Shane Watson and other players and he was not any cricket player but a fan of Dhoni.

When Suresh Raina got out, Dhoni walked into the field to bat, just then a person from the audiences came running and touched Dhoni’s feet to take his blessings. 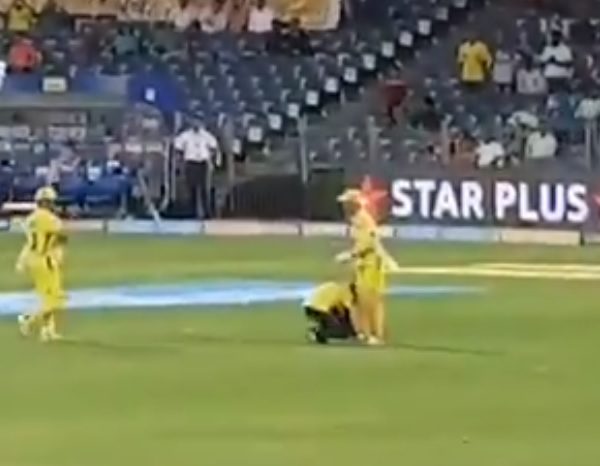 When that fan was going out of the field, satisfaction, happiness and pride could be seen on his face. In fact, social media called Dhoni’s fan the real winner.

@MsDhoni666…… Mere Jharkhand ke Sher… See this is your reward… People worship u as God. Really feel proud how u handled it. Others wud have created a Fuss. This difference will pay u back in future. ALL RESPECT "MERE SHER"

This is the thing that @msdhoni deserves….he is god for all #MSDians

Such an wonderful gesture from msd 👍👍👍

CSK arranged special train “WhistlePodu Express” to take the fans to Pune and didn’t charge a penny from them for it. In fact, they also provided food and accommodation free of cost.

This is what Dhoni said on the matter of shifting of grounds,

“The people over here, they supported me when I played for Pune, so you could say that it was good that I could return the favor. Yes, it’s Chennai Super Kings and not Pune Super Kings, but by the end of the seventh game, we’ll see more yellow here.”

Dhoni will get support of audiences irrespective of wherever he plays, agree?

Another Cricket-Movie Jodi? Yuzvendra Chahal Is Dating This Actress And Will Marry Her Soon?
Sehwag Said He Saw Chappell Writing Email To BCCI Against Ganguly. Read Surprising Revelations