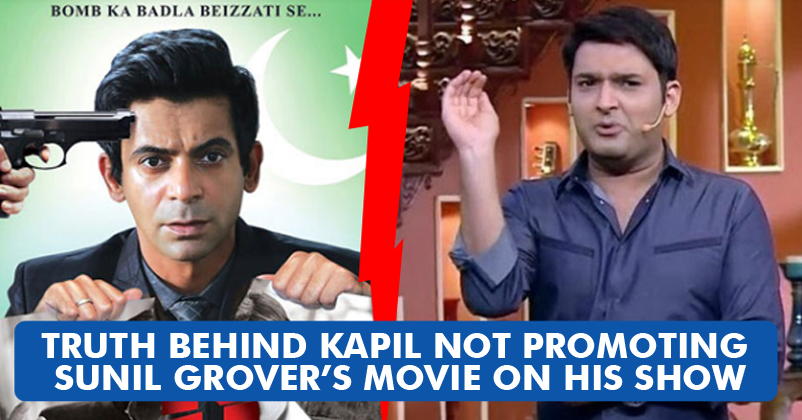 Sunil Grover who is associated with the famous comedy show “The Kapil Sharma Show” might be upset with an with incident that happened recently. Kapil Sharma cancelled the promotion of Sunil Grover’s latest movie “Coffee with D”on his show, even though he had promised him earlier that he shall allot five minutes for Sunil’s movie promotion. The episode was postponed for a day for some reason, and Sunil was told that the shoot had been cancelled for 2 days. There are high chances of Sunil being displeased by this act as the release of his movie i.e. 6th of January is inching closer. Media also reported about Director of “Coffee with D” Vishal Mishra, complaining about the team not being invited on the show. Last year also similar incident happened when Sunil’s Punjabi movie “Vaisakhi List” promotion was allotted only 5 mins on the show.

Since media got to know about all this, there were various kinds of reports. As usual, they created a hype and claimed there is some rift between Kapil and Sunil. Although their relation might not be “BEST”, it doesn’t mean it’s “Worst”. Media reports highlighted old episodes when Sunil quit Comedy Nights With Kapil (In which he essayed the character of Gutthi). But we all know it’s hard to believe media these days; as soon as they get some news, they add “Mirch masala” and then present it to the readers.

Truth behind this news!

However, the truth behind this is something different. When, Bollywood Life approached Sunil Grover for confirmation, he rubbished all the rumors and said “No..not at all. He is my friend. Kapil is very happy that I am doing films.” When asked about Vaisakhi List incident, Sunil said “There is nothing of that sort. This is bakwaas baat. People are just saying this for publicity.”

What’s the media getting by doing all such things? Don’t you think, it should follow ethics? Do share your views in our comments section below!

How Politics In Bollywood Works – The Deserving Ones vs The Reserved Ones !
12th Day Collections Of Dangal Are Out! 1 Step Away From Defeating Sultan!